So, I recently made a sheet of data collected from the 2010 Census on Cincinnati neighborhoods. The data is from demographics about the neighborhoods of the city such as median household income and population.

I'm using python to use data analysis libraries, but I'm not sure what types of variables you'd categorize each one as and what test would work the best for these variables? I would like to find significance of each IV, could someone help explain it to me? 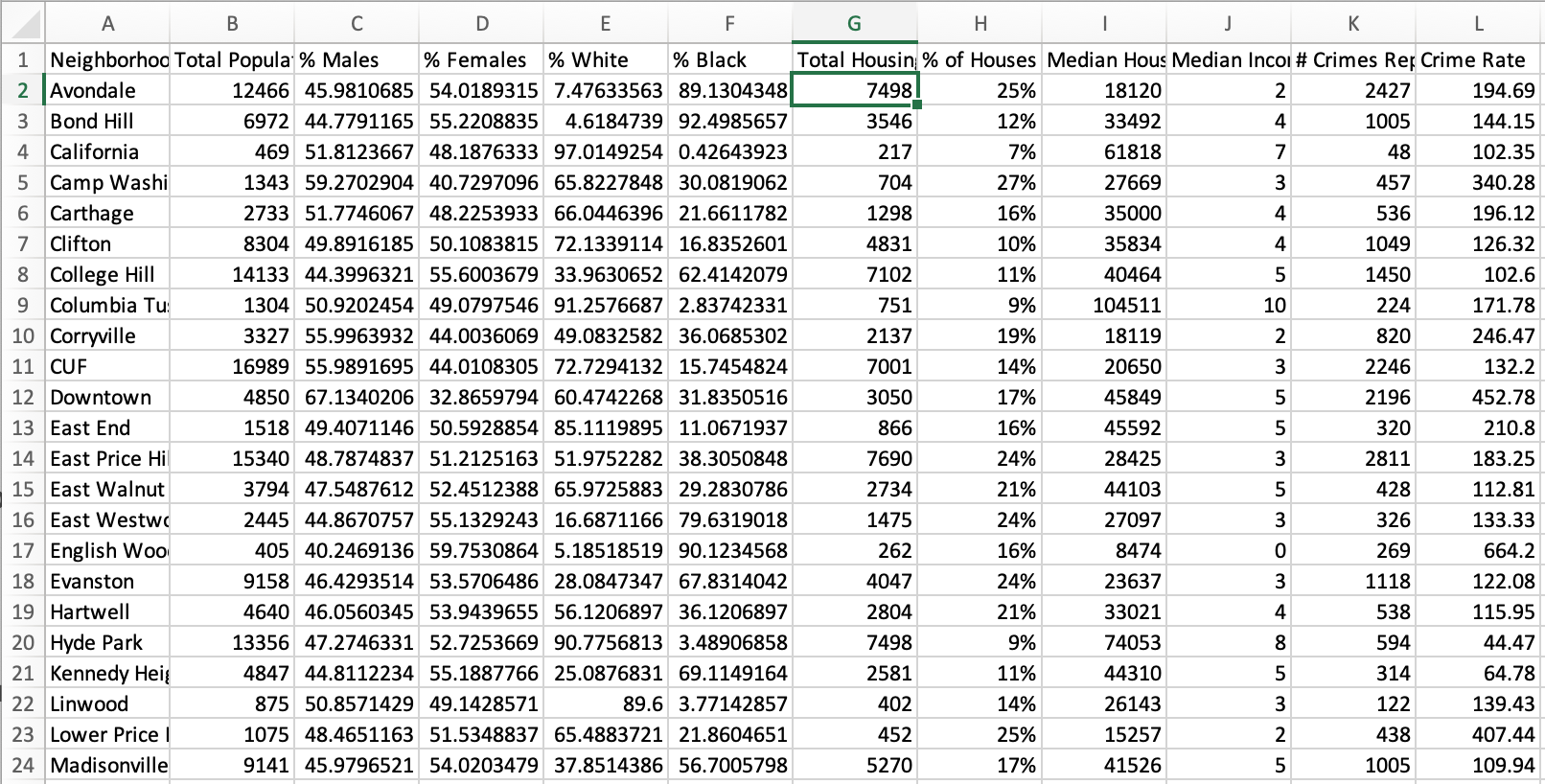 6
How to plot multiple variables with Pandas and Bokeh
5
Multi target classification for different types of target variables
8
What are kernel initializers and what is their significance?
1
Do I classify all types if they are mutually exclusive
1
What is the difference between these 2 Python Pandas queries
2
Classification when variables are in ranges