Even if we have individual p-values for each predictor.

Why do we need overall F-statistic?

I read this solution but I am not sure if I get it right. Can someone please explain? 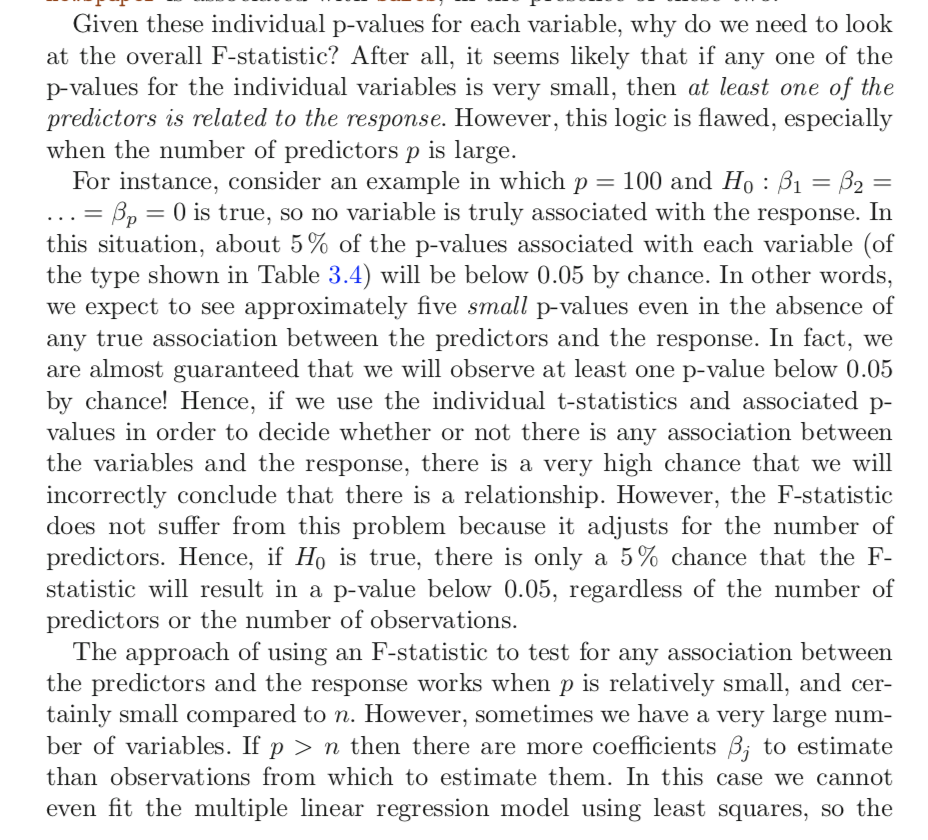 Source: "An Introduction to Statistical Learning: with Applications in R" by James, Witten, Hastie and Tibshirani

Another place where an F-stat is useful to regression is testing against a less naive model than intercept-only. In fact, the p-values on each parameter in the regression are equal to the p-value you'd get by doing the F-test comparing the full model to a model with that parameter excluded (assuming the typical nice properties that go along with doing parameter inference in linear regression).

The reason not to examine the individual p-values for each parameter is because of false discoveries, the usual business about multiple testing. Doing one F-test of the entire equation removes the possibility of false discovery of a significant parameter, in exchange for not being able to pin down which parameters are significant.

Not the answer you're looking for? Browse other questions tagged regression statistics or ask your own question.