i don't have a formal background in this so please bear with me. This is what my dataset looks like : 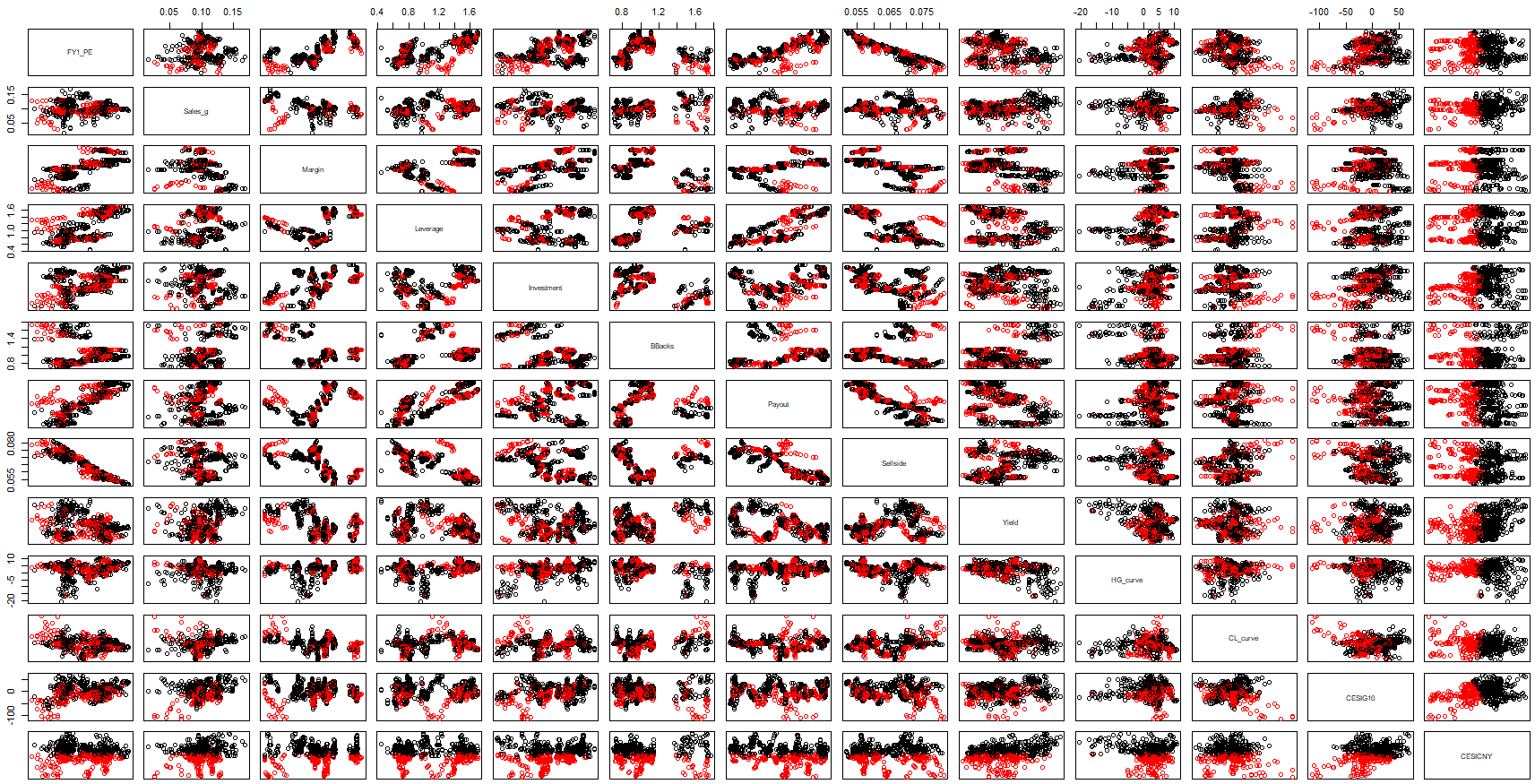 I'm interested in modeling the first variable using the rest as explanatory. A simple OLS yields a more or less satisfying model but inuitively, i know that there are k (between 2 and 4) regimes where the correlation between my Y and certain variables switch completely making the one full OLS across the dataset sort of irrelevant as we sort of smooth all of these regimes by doing this. I attempted differentiating the regimes using correlation similarity with a k-means algorithm in R, the result is the coloring in the pictures. i was hoping that dividing the dataset this way would reveal more "straight lines" where the OLS would be more "fitting". I wonder if i'm going in the right way, would be grateful if anyone could point to better ways at achieving the fundamental problem : Modeling Y~X while taking into account that there are different regimes which require a likely different coefficient or (model altogether ?) EDIT : I also tried MARS models but the result is not satisfying at all from a "physics" sense of how these variables are supposed to actually work together + changing the training set slightly yields changes the coefficients too much.

Not the answer you're looking for? Browse other questions tagged classification regression or ask your own question.