While through the various resources online to understand the shap plots, I ended up slightly confused. Find below my interpretation of the overall plot given in examples - 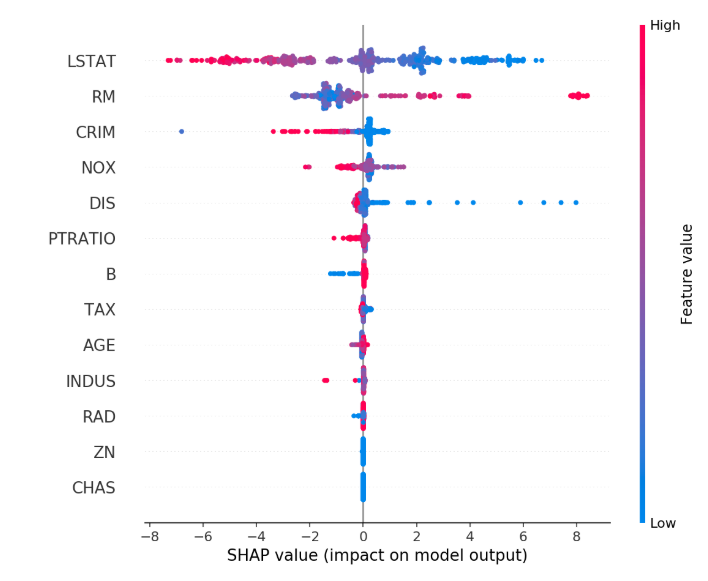 We are interested in the (signed) length of arrow for a particular feature, averaged over all permutations of the features. For a linear model $y(x) = w^Tx$ the SHAP value of feature $i$ would be simply $w_i x_i$.

Now to your items:

Not the answer you're looking for? Browse other questions tagged python data-science-model lightgbm or ask your own question.

9
sklearn - overfitting problem
0
How to Manipulate data for multiple visits per person?
1
Distractor Generation for Multiple Choice Questions
5
SHAP value analysis gives different feature importance on train and test set
4
SHAP value can explain right?
0
Python and Titanic competition how to get the median of specific range of values where class is 3
0
Can we have a dataset with slight difference in target values for same value of feature variable?
3
How is the “base value” of SHAP values calculated?
0
Correct theoretical regularized objective function for XGB/LGBM (regression task)