Can I use confident predictions to correct incorrect labels?

From visual inspection of a sub-portion of my data, I estimate that around 5-6% of the labels are incorrect.

My classifier still performs well and when I take prediction probabilities that are above .95 for a given class that are in contrast to the actual label, I find that 92% of the time the classifiers prediction is correct. So, for example, a review text with the label positive that has an estimated probability of >= .95 of being negative, is in fact negative most of the time.

Can I therefore use the most confident predictions to correct some of the noisy labels? And not retrain on the corrected data, but use the probabilities to correct the validation and test sets to get more accurate final performance and also to calibrate the estimates (as noisy labels may be particularly harmful to calibration).

When I train on the uncorrected labels and then predict the test set I get: 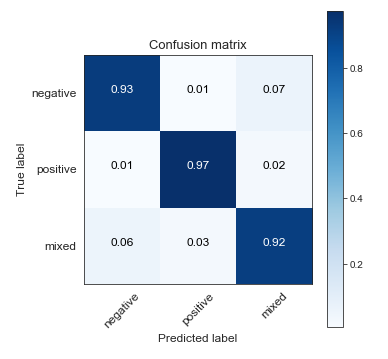 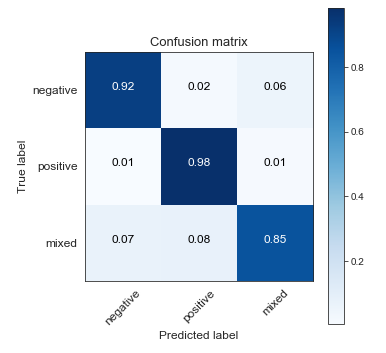 Likewise, the model trained on the uncorrected data performs better on the original uncorrected test set than the model trained with the corrected data. Somehow removing only incorrect labels with high confidence from the train set appears to decrease performance on unseen data. I would probably have to remove all incorrect labels and not only those identified through high confidence.

EDIT EDIT: After experimenting for a while I've reached the following conclusion:

It seems that predictions can be used for label corrections, but a different estimator should be used to try and determine which labels are incorrect. When I used the same estimator, despite most of the label corrections being valid (I determined 92-93% based on visual inspection of a 500 sample subset), it nevertheless caused the new prediction estimates to be biased. The new estimates were overly confident (drastically tended towards zero and one). This is either due to the correction, or it may be due to too little noise in the dataset (I considered the possibility that the noise is actually helping the estimator not to overfit. Neural networks have been found to be poorly calibrated, the author of this article suggests that overestimation may in fact be a form of overfitting).

At the moment, you don't really know the performance of your model because you have quite a few wrong labels in your test set.

You mentioned that you want to use the new probabilities to correct the validation and test sets. However, if you do that, you will of course get higher results because you are using the labels coming from your own model. However, if you verify by hand than it is ok.

Therefore, what I would suggest is:

Not the answer you're looking for? Browse other questions tagged machine-learning classification labels or ask your own question.

4
Deriving Confidences from Distribution of Class Probabilities for a Prediction
1
Is this a correct way improving a statistical model?
5
Confidence intervals for binary classification probabilities
1
Eliminate low quality predictions in a classification task
1
Data Snooping, Information Leakage When Performing Feature Normalization
4
Can I use the training rows multiple times while training with different labels attached to it?
7
Are calibrated probabilities always more reliable?
2
Dataset with some mislabeled data (around 1%)