Need some advice on approach to select only the informative emojis from the data set?

I have a giant data set from a local elections, which contains hashtags, emojis, and comments. I wanted to make a network analysis using only emojis.

So far I have a network analysis graph made in R which looks like this: 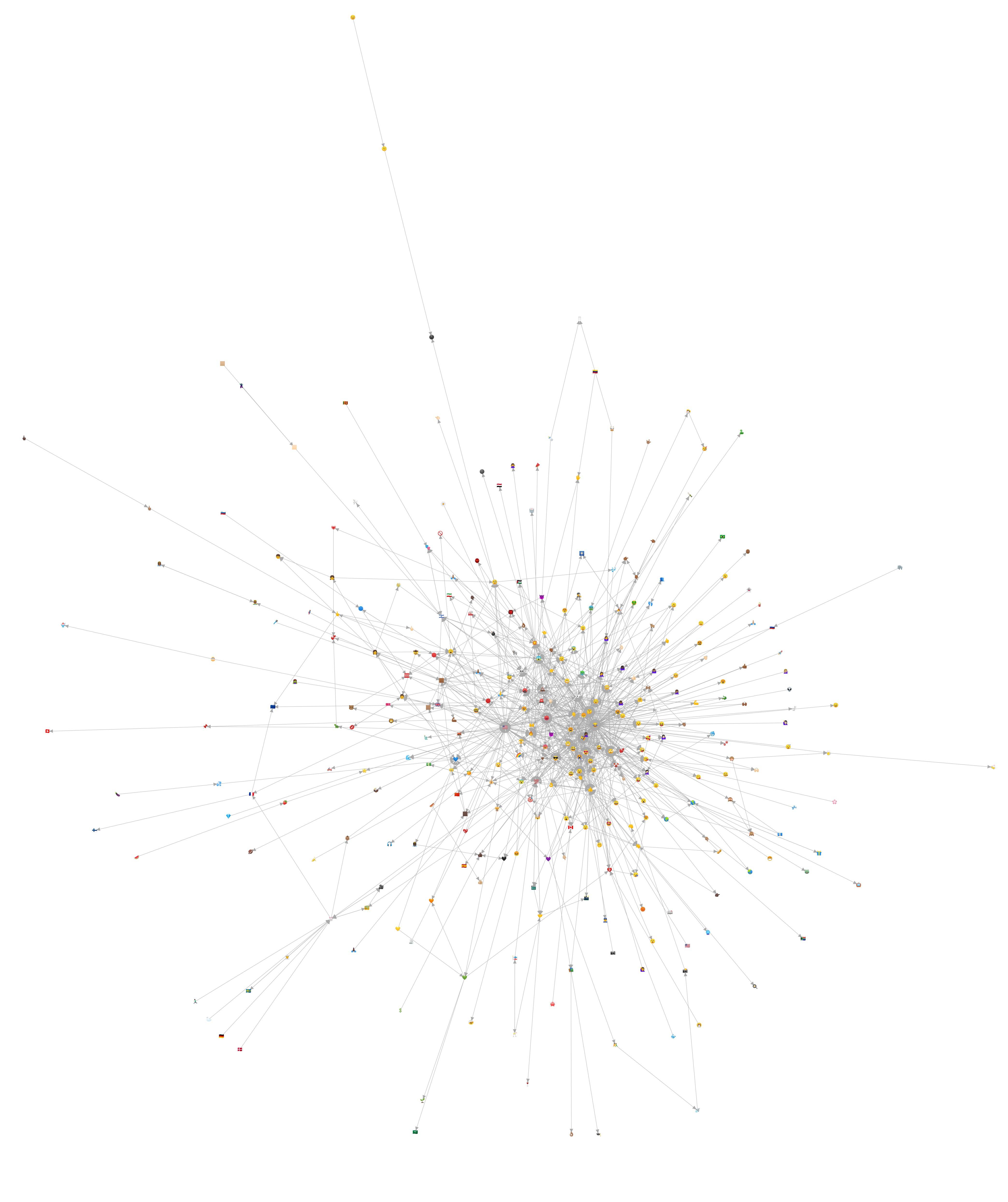 Sorry, you may have to zoom in to see the nodes. So, basically my goal is to see what people are talking about as a whole group. Currently there are lot of nodes which don't really say anything concrete about the main context or the hook, yet also creating clutter. I had extracted the data with political hashtags. Therefore, nodes such as milk bottle, cows, joy faces, toffees, flags, etc. doesn't really give me anything between people's comments and the context. My goal is to see a collective sentiment of people via their use of emojis in their context. I don't know if I make sense.

I don't know how should I approach the problem of only selecting informative emojis. Should I focus on the hashtags, and make a list of hashtags I am interested in, and only extract their associated comments and emojis? Or should I look at the sentimental values associated with emojis, and focus on the extreme positive and negative ones only?

I am pretty lost, any direction which method/ algorithm should I use to de-clutter this graph a bit yet also keep it in the context of politics & elections?

One option is to reframe it as a word embedding problem. Emojis can be embedded in a vector space along with comments and hashtags. Then distance measures and clustering can be used to find the emojis that are associated with different sentiments.

Not the answer you're looking for? Browse other questions tagged data-mining data-cleaning visualization algorithms social-network-analysis or ask your own question.

2
How to select features from text data?
1
Need some tips regarding starting out with the field's specific programming languages, with a heavy focus on data visualization
0
Need to prepare the data to Link Analysis project?
2
Need some help on data mining platform recommendation
0
Pull data from R and set lines to ignore
0
how can i collect data set from social networks like instagram?
1
What are some recommended visualisations to represent how attributes in a data-set influence each other?
1
How to extract insights from the given data?
1
How to approach a new data set with no dependent variable