In the context of face recognition I have the following histogram: 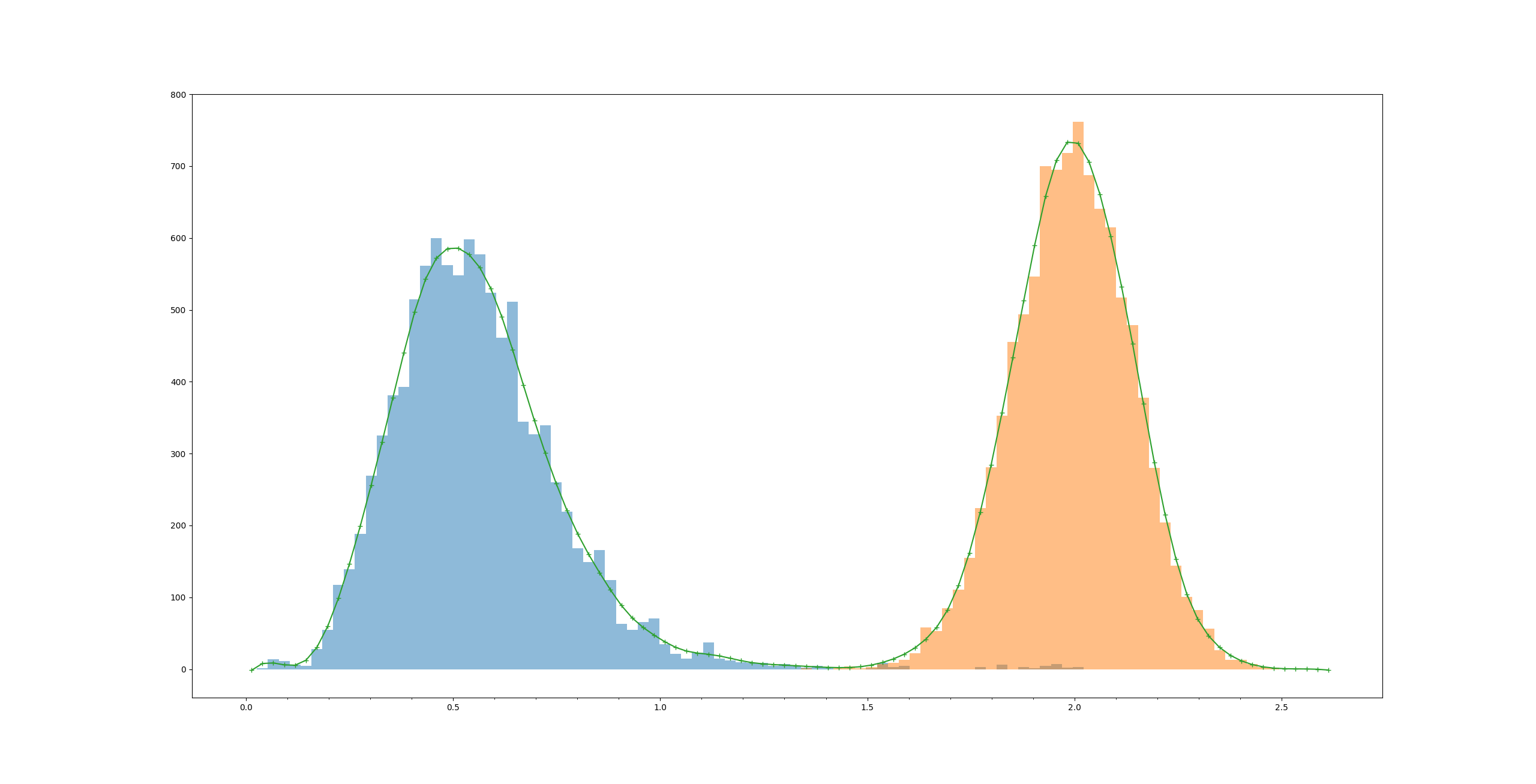 The distance is the value returned by the neural networks as the result of a comparison between two faces, how much two "faces vectors" (embeddings) differ.

I'm looking for a function that, given a distance, can tell how likely it is for two pictures to be from the same person.

This function should be look like this red line (with a different y-scale): 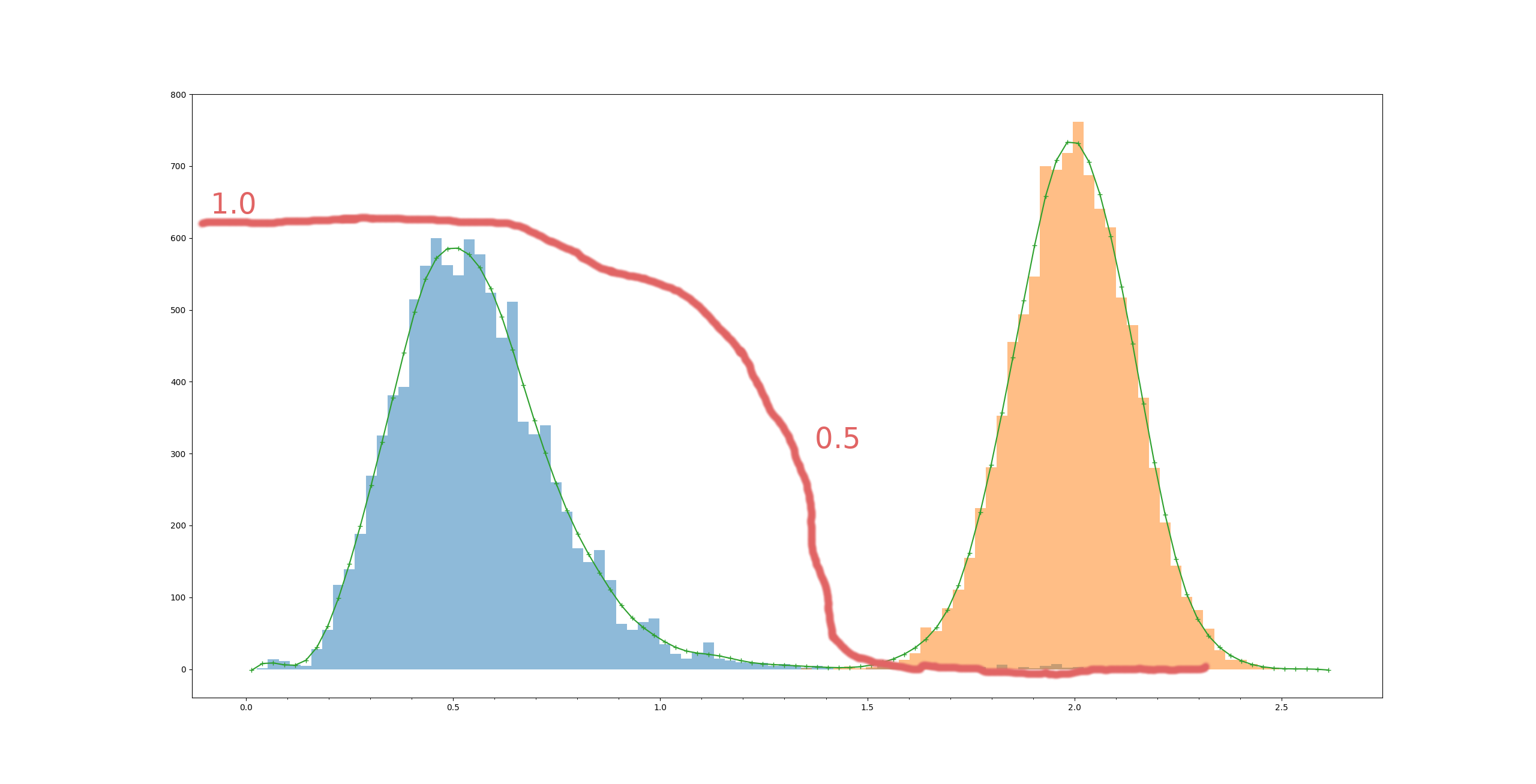 Is there such a function? How is it called?

It is similar to this question but also very different. In my case a very small z-value (distance) still means high confidence even if it is many standard deviations away from the mean. The same is true for a value like 1.0.

This question is very similar too but I'd like to extract the distance to probability mapping function from actual measurements, on a reference dataset, and not from the distance by itself. So this should not depend on the loss or distance definition but on the data distribution alone.

If I had to calculate such a function, I would:

Calculate the probability (not Z-score) for $x$ in a two-tailed test (https://en.wikipedia.org/wiki/One-_and_two-tailed_tests) for the probability that $x$ belongs to the distribution for both distributions. Then you have $p_s(x)$ and $p_c(x)$ for self-match/cross-match. Don't use probability $0.1\%$ to reject, but to compare.

At the far tails, $p_s(x)$ and $p_c(x)$ both tend to zero, but the order of magnitude will select the good probability.

Not the answer you're looking for? Browse other questions tagged statistics image-recognition probability distribution or ask your own question.

6
How to find a confidence level given the z value
0
How do I convert an L2 norm to a probability?

15
How to specify important attributes?
0
How do I convert an L2 norm to a probability?
2
How much data is created daily (source of IBM estimation)
4
How can one quickly look up people from a large database?
5
Triplet loss function for face recognition?
0
derivation for expected value for variance
0
Dummy vectors and performance measurement for vector search Face Recognition