NCF Recommender- The target encoded within the model input, why doesn't it overfit easily?

In the recommender system NCF, the input is a batch of user-item interactions (one-hot encoded) and the output is a 0-1 score of whether the item has been bought or not: 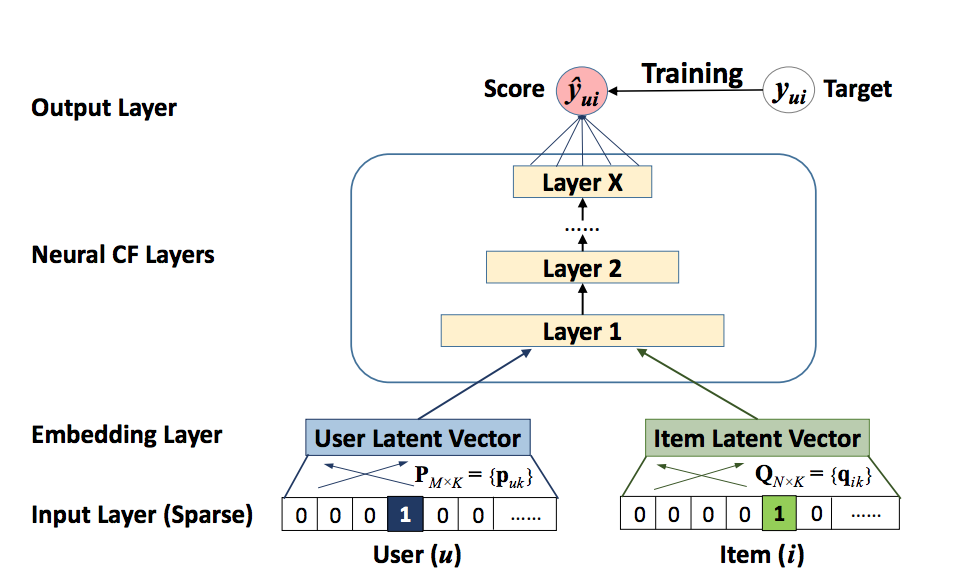 This seems to indicate that the item input vector that the model is trained on already contains y. I understand the purpose of this, but doesn't that lead to a dangerously high chance of overfitting?

The authors filtered the data to require each user to have picked at least 20 different items. Thus, enabling the system to learn the general preferences of a user.

Not the answer you're looking for? Browse other questions tagged recommender-system or ask your own question.

2
Multiclass Classification with large number of categories
9
Binary (Unary) Recommendation System with Biased Views
2
How to create user and item profile in an item to item collaborative filtering? (Non-rating case)
1
Is this matrix correctly built?
0
How many time a recommender system can recommand the same item to an user?
2
How to use testing data set to measure recommender system algorithm
1
On the offline evalution of recommender system