A bump in CV score curve! What does it mean?

My learning curve is behaving strangely and I don't know if I'm doing anything wrong or it is because of the dataset nature. I'm using a Neural network with (30,30,15,1) layers and 'ReLU' activation function for training and linear for the output layer. My learning curve is showing weird behavior while learning. There is a bump like increase and decrease in the validation curve around 100 epochs which I don't have any idea about the source or how to resolve it(or even if it is needed to be resolved). Can anybody help me with this? (Any related comments are welcomed) 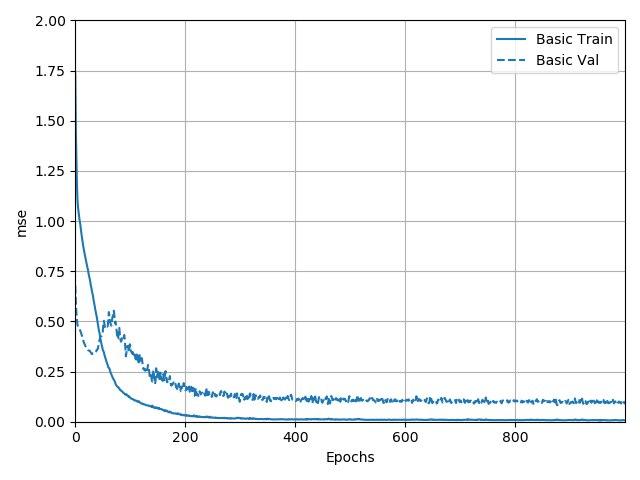 That pattern is common in neural networks training.

It is not known why neural networks training show this “double descent curve.” One idea is that this pattern might be a concatenation of the two curves. One curve might be from optimization and the other curve might be from sampling. The paper "A Modern Take on the Bias-Variance Tradeoff" goes into more detail about it.

6
Convnet training error does not decrease
0
What does "Norm" term mean?
5
Solving an ODE using neural networks (via Tensorflow)
2
in which case can I say that the data are bad and I ll achieve nothing using machine learning on it
2
Tensorflow - simple multi-layer perceptron not stabilizing around mean of normally distributed y-values
2
what does the standard deviation plot around my learning curve indicate?