What is the standard for dealing with null values in plotting?

There's really no "standard," I assume, but how do you deal with null values when plotting data? An example of what I'm talking about is listed below: 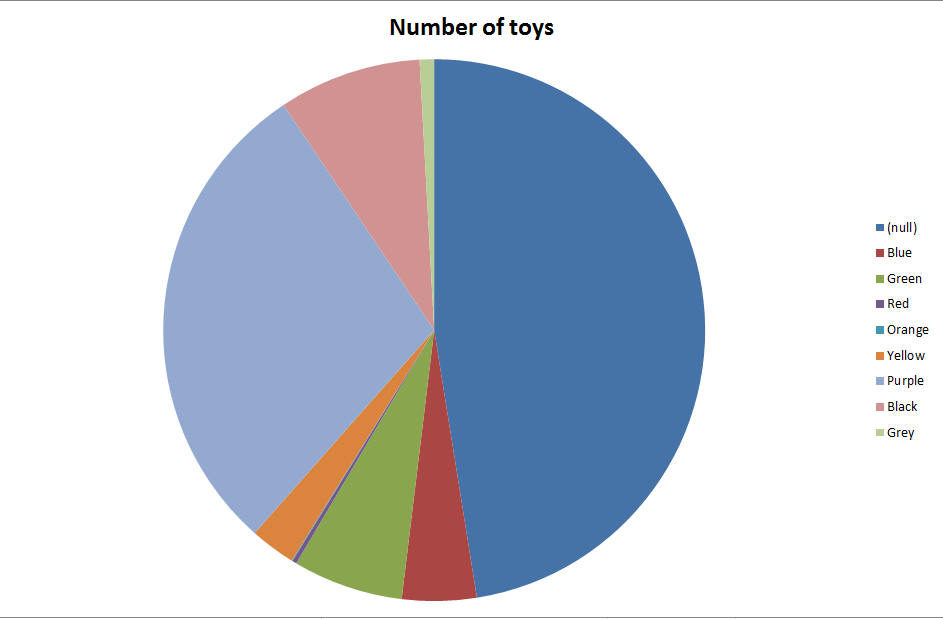 Suppose I'm plotting data on number of toys by color. Nearly half of these toys in my database have null values for color. Do you guys include the toys with null values in your visualization? How do you address that issue? Saying "nearly half of the toys didn't have colors listed" doesn't really add much to the conversation.

Imagine if the purpose of the plot is to compare which toy colors are most popular to a particular person/group.

If null indicates multi-colored toys, it may be important to include the data but rename it to something more meaningful. (Multi-colored)

If null indicates that we just don't know the color data for those toys, it would probably be best to exclude that data from the plot. However, with such a large percentage, it would be good to note that "x%" were excluded from your plot because they had no color information associated with them. Perhaps purple is in such a majority because this person/group really likes purple, or maybe its because purple toys almost never made it into the null category for whatever reason.

The same line of thinking should be applied to whatever the purpose of the plot is. If the null values are relevant to the purpose, include them. If not, don't - and maybe take a note of how much data is excluded if it could influence the results substantially (such as this case)