I am trying to solve Kaggle's titanic competition. In the test set, there is only 1 row having Fare value as null. It's so easy to replace it with median or average of all Fare values.

But I am thinking of getting a graph showing relation between fares and classes (1, 2, 3) and fares with Embark field, to check some patterns and to narrow down the range of fare values before doing the calculations to replace null values.

The Embark field having 3 main values: S, Q and C.

Fares are changing based on the class of course.

What I have done so far is:

And the result was: 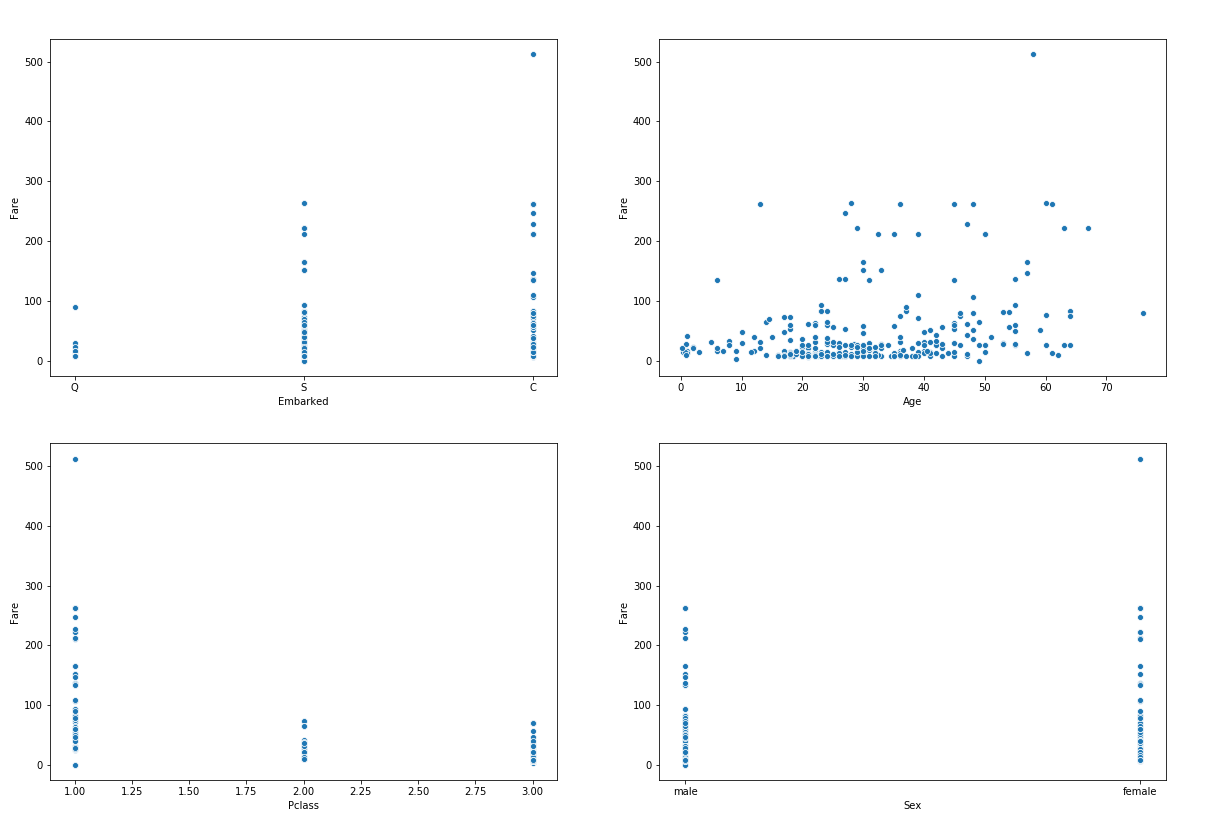 There is no patterns at the Embarked, Age and Sex plots.

But at the Pclass plot, we can clearly see that there is stricly defined range for class 3.

I tried to check it at the train set:

So the are nearly the same distribution.

How can fill the null value with median of values range of people having Pclass as 3?

the regular expression would be:

If I understand the problem correctly, you want to fill all missing values in the Fare column by the median value of the Fare column where Pclass=3. This can be achieved by putting the extra row filter test['Pclass']=3 on median of the fare column, see below.

Not the answer you're looking for? Browse other questions tagged python classification data-analysis kaggle competitions or ask your own question.

4
How to further improve the kaggle titanic submission accuracy?
0
How to avoid covariate shift in python and distribute classes in each train and test phase?
4
Micro-F1 and Macro-F1 are equal in binary classification and I don't know why
2
Multiclass classification with high number of classes, high number of features and small sample size
2
Logistic Regression doesn't predict for the entire test set
2
XGBOOST : model.predict_proba() and model.predict() conflicting behaviour
2
What inference can we draw from the frequency distribution of thresholds?
1
Python and GridSearchCV how to eliminate input contains NaN error when using cross validation and decision tree classifier?
1
How to deal with broad and narrow variance within classes in classification tasks