Following Andrew Ng's machine learning course, he explains how we can modify logistic regression to obtain SVM algorithm. First he replaces (sort of approximating) cross entropy loss with hinge loss as shown in the image below: 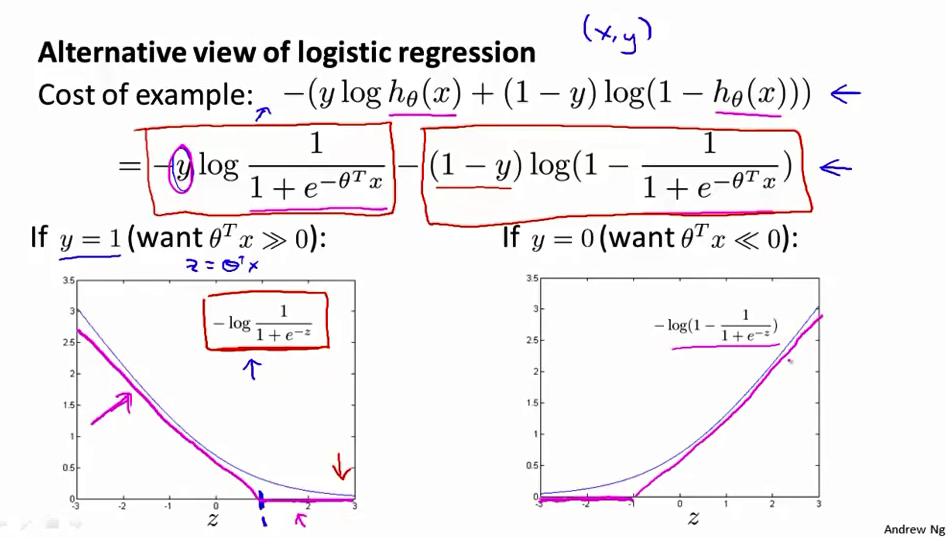 Then he removes the $\frac{1}{m}$ coefficient and divides the whole cost function by the regularization parameter $\lambda$, which leads to parameter $C$ behind the sigma ($C=\frac{1}{\lambda}$). Resulting cost function is shown in image below which is the minimization objective in SVM: 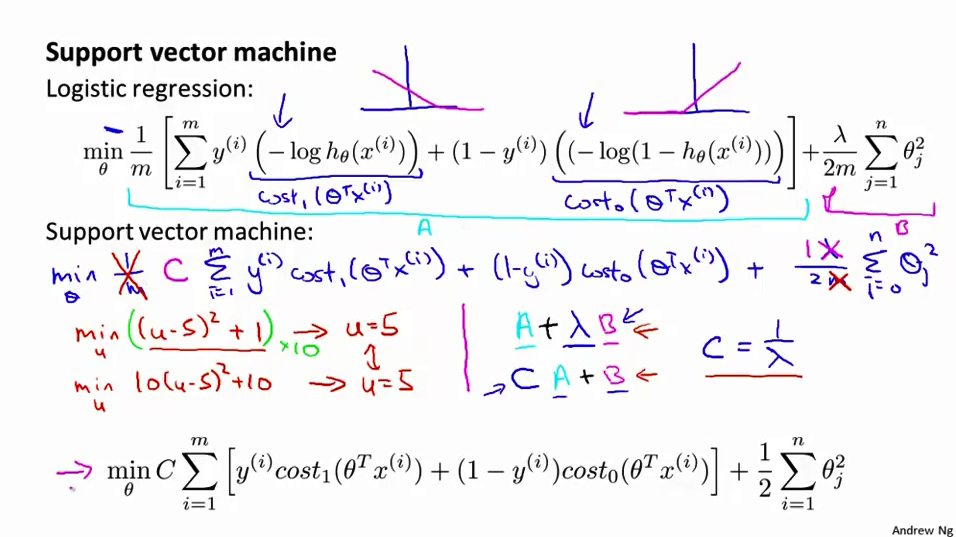 Logistic Regression is a large margin loss not classifier. (in literal sense, meaning there is a margin with the loss function not the classification boundary

There are two terms in the softmax loss, true values minus the exp or log of the observations (roughly and depending on the variant of loss) this just implies that distance of observed example from its true decision boundary needs to beat the log sum of the distances from all of the decision boundaries.

I understood why logistic regression is not a large margin classifier by reading this medium post.

Not the answer you're looking for? Browse other questions tagged machine-learning logistic-regression svm or ask your own question.