I'm facing an issue I don't know how to solve, but as I'm a beginner probably there is an easy solution I can't find.

I'm playing with the titanic dataset and I want to work with pipelines (In order to avoid data leakage using cross validation). For that reason I'm using two pipelines (one for numerical, one for categorical) + FeatureUnion().

Thank you for your time

I was thinking about using ColumnTransformer as I think it suits better in my example as I have to apply different transformations for different columns, but the problem is that when working with ColumnTransformer the output would be an array with no columns' names, which I think would be hard to deal if we want to use feature selection. That's why I chose Pipelines rather than ColumnTransformer.

Talking about the option of creating the bucket before going into the pipeline, I can't because it's created based on the variable I'm dealing with missing values.

What would be the best option in this case?

If you want to create a categorical variable based on a numerical variable and then treat it in cat_pipeline, you need to do create it before the column transformer.

Implement a transformer (called "bucketer" ?) that takes p variables and transforms it into p+1 (if you want to add the categorical representation and keep the initial numerical feature). This transformer is the FIRST step of your pipe.

Then, create a ColumnTransformer (I think it is more suited for your case, but have not enough details to be sure. I suggest you read this to be sure). This second transformation is the second step in your pipe.

Each branch is fed with respect to what it should output because feature creation (bucketing) was done prior to column transformer. 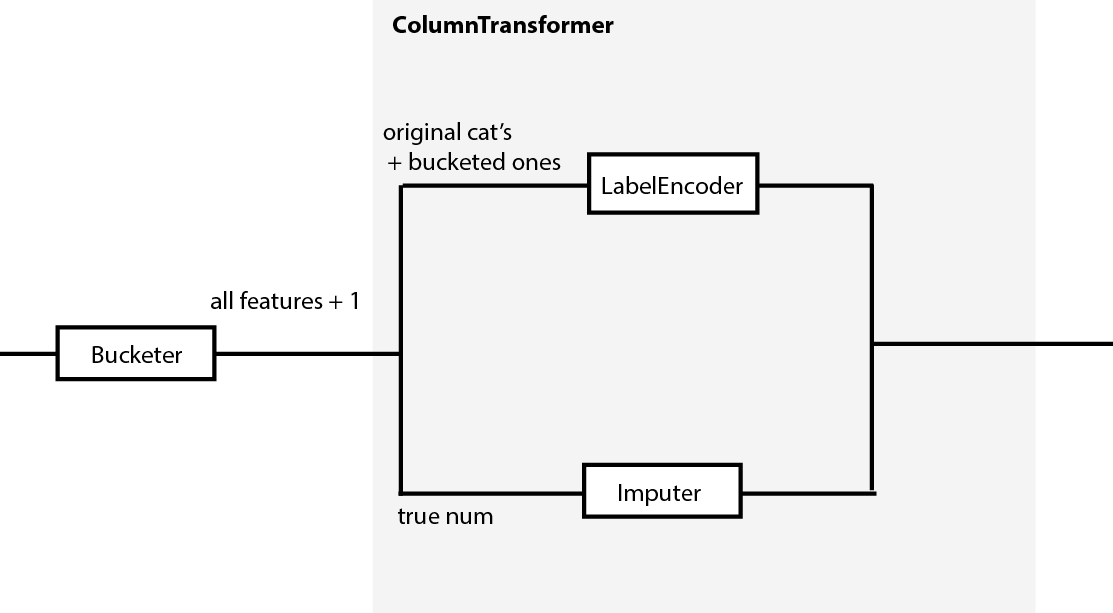 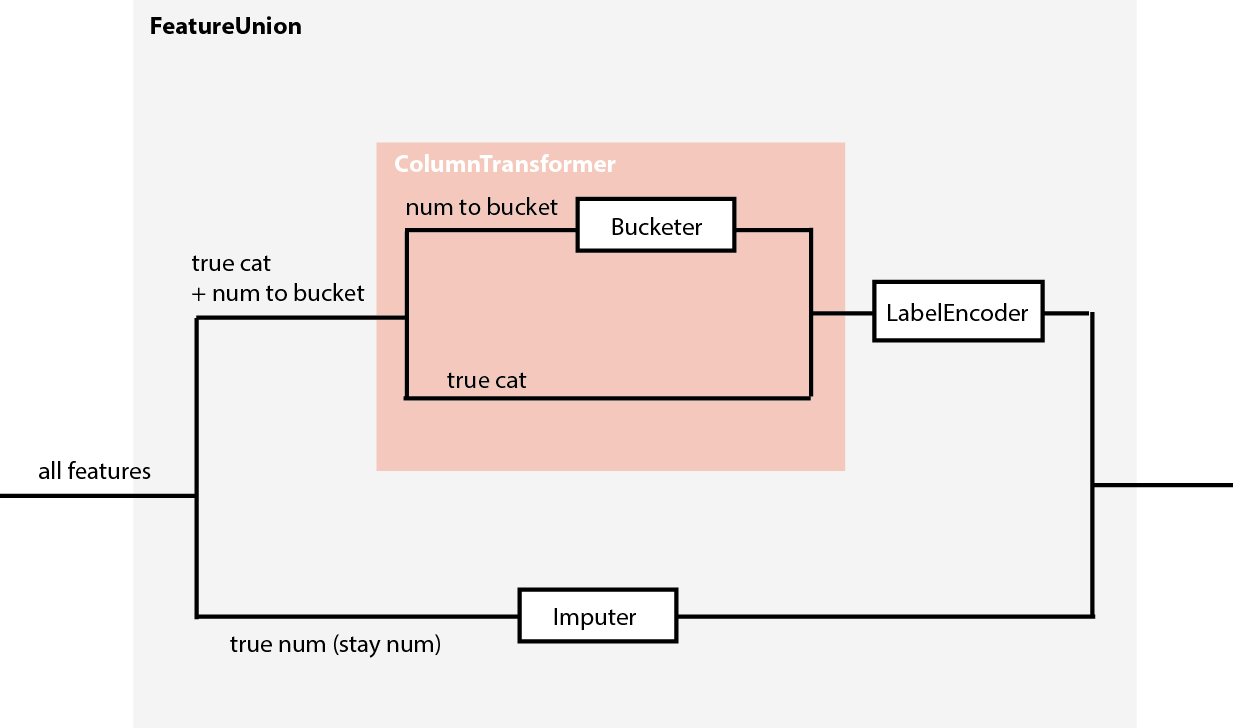 You may want to re-use your feature selector in some branches, I just wanted to illustrate the two possible approaches

Not the answer you're looking for? Browse other questions tagged python pipelines or ask your own question.

2
Predicting with categorical data
0
How does “sameModel” mean in Spark ML Pipeline, (Section: Example: Pipeline), from the docs?
0
In sklearn Pipeline, why are all parameters fit_transform(), but the last one can be just fit()?
1
sklearn FeatureUnion vs ColumnTransformer
2
How to select features when performing classification with a dataframe of multiple columns?
2
Custom functions and pipelines
2
sklearn - SimpleImputer in an empty Pipeline
2
Is it good practice to include data cleaning or feature engineering steps in an sklearn pipeline to create a scalable pipeline?