I want to compare ratings of players from different leagues and predict rating of player in a league he/she didnt participate in. Rating of a player is estimated within a league where he was playing. There are some cross-observations which are players that have ratings estimated for more then one league.

For example there is a player P1 who has a rating 40 in league L1 and rating 55 in league L2. As you can see at the picture. There are distributions of rating in L1 and L2. Yellow line indicates the mean rating of a league and the green lines are cross-observations . 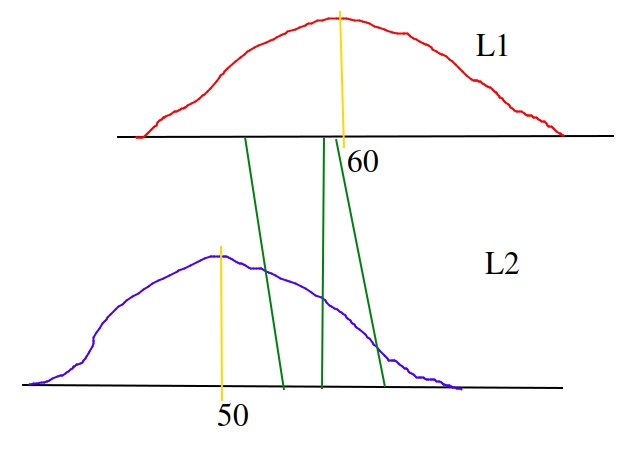 My question is if I know that player Px has a rating R in L1, what is his rating in L2?

Any ideas are appreciated!

An existing way to do this is to use modified Elo ratings.

Video game servers sometimes use a similar scoring system called Glicko or Glicko-2 which might be better for your purposes.

My understanding is that you want to understand the rating of each player relative to every other player and that each in-league rating is essentially the rating of each player in that league relative to each other player in that league. If this is true then there are two ways I can think of to help you work out the hypothetical rating of player X in league L2 based on their performance in league L1:

You might also be interested to check whether the rank correlation between leagues is strong based on players that are ranked in both leagues.

Not the answer you're looking for? Browse other questions tagged ranking sports or ask your own question.