Wikipedia and literature do not seem to convey correct interpretation of Karl Pearson correlation. A few authors interpret it as a linear correlation or association. To me it simply tells direction and extent of relation between two variables (one being categories based).

The Pearson correlation coefficient does indeed quantify the linear relationship between two variables.

Have a look at one of the many mathematical formulas to compute it, based on a sample of data from two variables $X$ and $Y$:

I like to read this loosely in terms of variance (or spread across each variable). It is asking, how do $x$ and $y$ scale together? This is the covariance, top part of the fraction. This is scaled by the product of their individual standard deviations, like normalizing the covariance by the magnitude of the individual variations $\rightarrow$ bringing the final value into the range $[-1, +1]$.

The geometric interpretation is also quite intuitive and worth reading.

You could also notice the power of the values. The numerator has $x^1 * y^1$ (so a like a squared term), and the denominator multiplied two terms that are each the square root of a squared term, also meaning $x^1 * y^1$. So the final dimensionality is a linear value, as we divide one squared terms by another. (This naïve argument of course neglects the units of $x$ and $y$.)

Here is a nice comparison of many values to gain an intuition - try imagining the linear line of best fit through each of these sets of points, and then how far away the points are from that line. This further away they are, the larger the value of the Pearson correlation coefficient $\rho$. As with normally regression, the sign of the gradient also gives a sign the $\rho$: 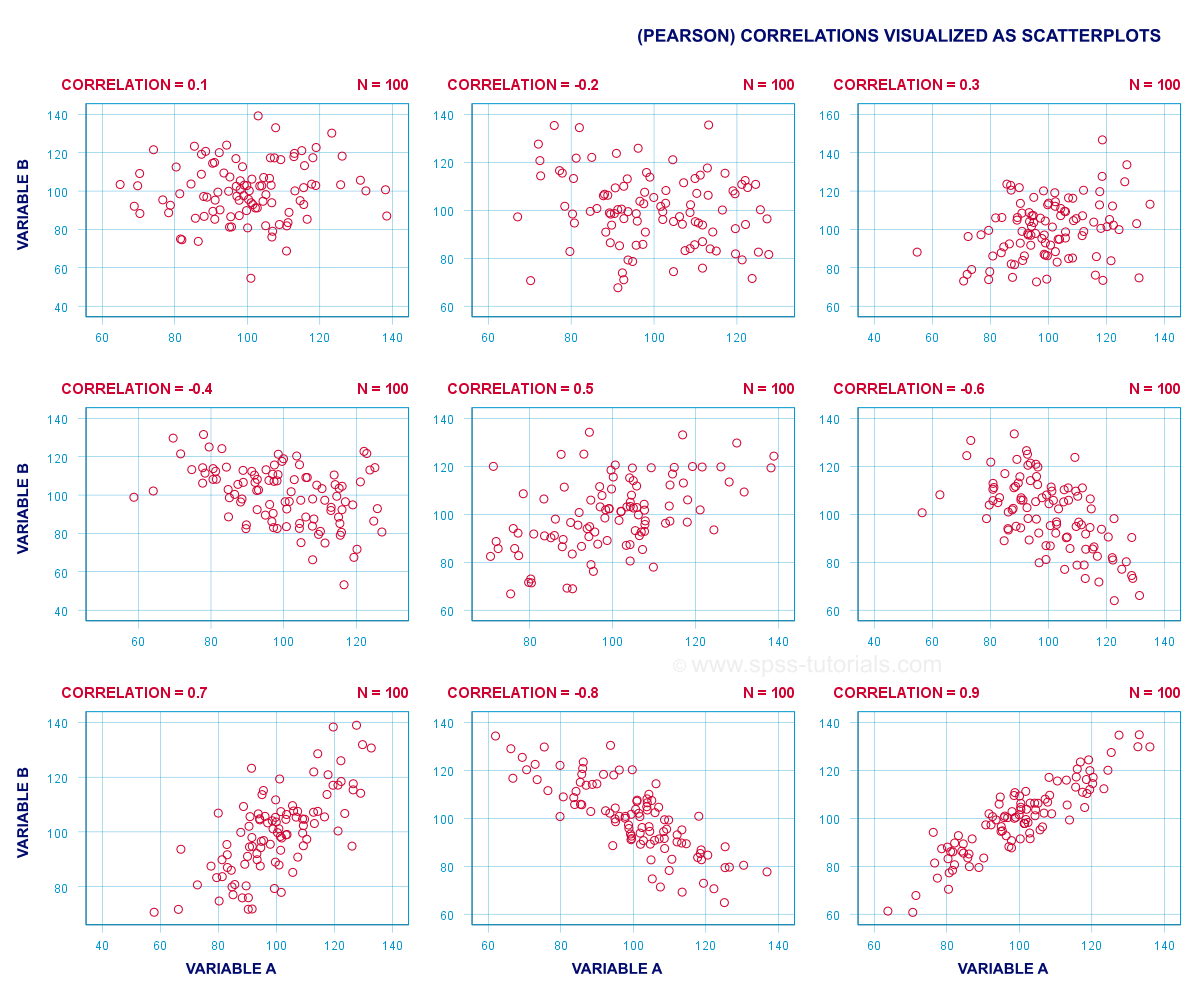 What value do you think the Pearson Correlation would be for a group of points almost all lying on a vertical line parallel to the y-axis? :)

Not the answer you're looking for? Browse other questions tagged categorical-data correlation interpretation pearsons-correlation-coefficient or ask your own question.