Datasets with only single feature variable

I mainly have 2 queries:

1) I want to know if there are any standard datasets available who have single feature variable?

2) In these types of datasets, can there be some data points having same values for feature variable but a slight variation in target variable?

Kindly let me know a few of them.

Finding a dataset with just two variables might be difficult because these would be a very naive dataset.

Therefore, what I would suggest, is for your to take a more complex dataset and pick two columns that you would like to analyse.

For example, you could look at this dataset: https://www.kaggle.com/sohier/calcofi#bottle.csv

Then, pick the column Depthm as your feature variable and the column T_degC are your target variable. These two columns seem to match the type of data that you expect.

Here is how these two variables look like (for Depthm > 2000) 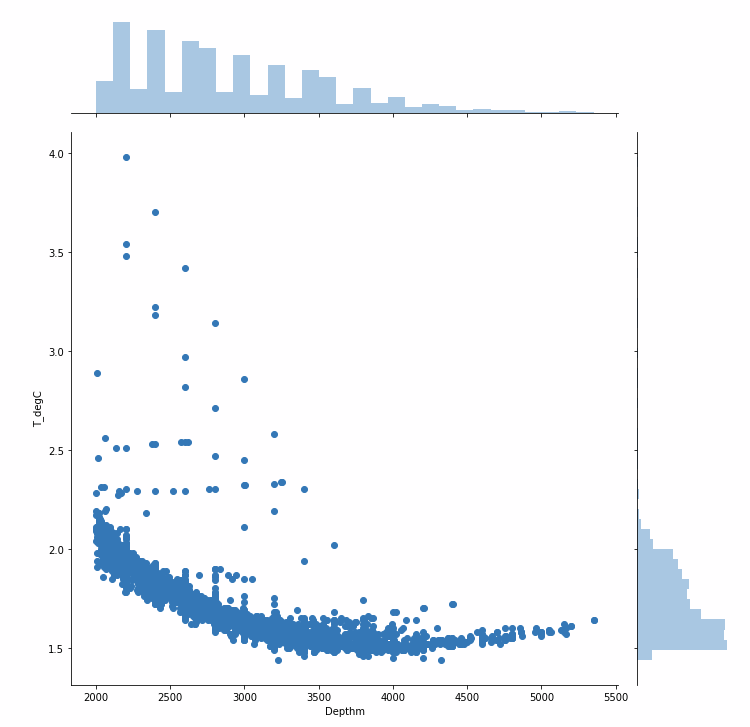 or you could look at another two variables instead, for example Depthm vs Salnty: 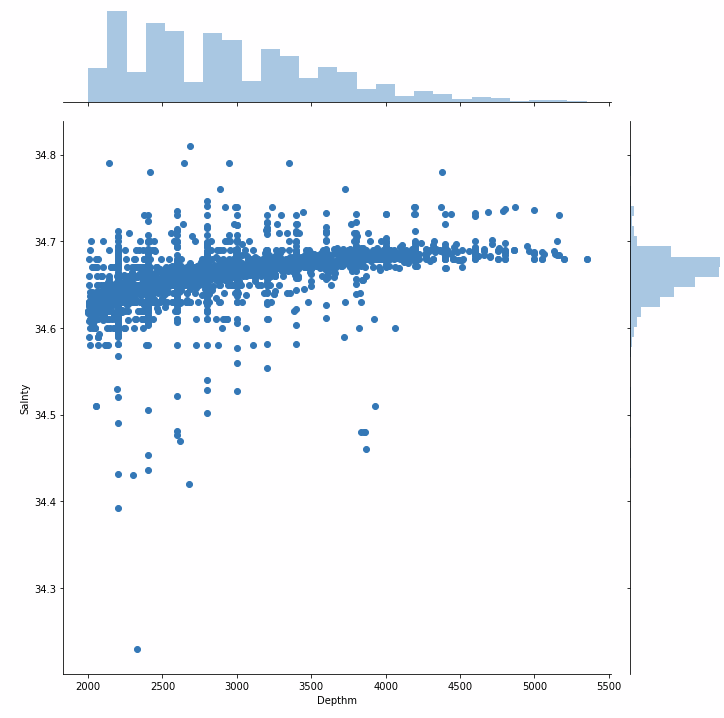 Not the answer you're looking for? Browse other questions tagged machine-learning dataset or ask your own question.

0
Can we have a dataset with slight difference in target values for same value of feature variable?

1
Optimal parameter estimation for a classifier with multiple parameters
0
How can I improve my regression model?
0
What algorithms can be used to derive matching rules between known matches in datasets?
6
Smart data split (train/eval) for Object Detection
2
Feature Selection on Aggregated Targetdata
2
Feature importance with Text features
0
Removing outliers from a multi-dimensional dataset & Data augmentation