I am trying to understand what it really means to calculate an ANOVA F value for feature selection for a binary classification problem.

As I understand from the calculation of ANOVA from basic statistics, we should have at least 2 samples for which we can calculate the ANOVA value. So does this mean in the Sklearn implementation that these samples are taken from within each feature? What exactly do these samples represent in the case of feature selection for this problem?

In this example, repayment status 0 means the loan is repaid and 1 means it defaulted. I have only supplied 5 rows of data to keep it simple.

The code and results are as follows: 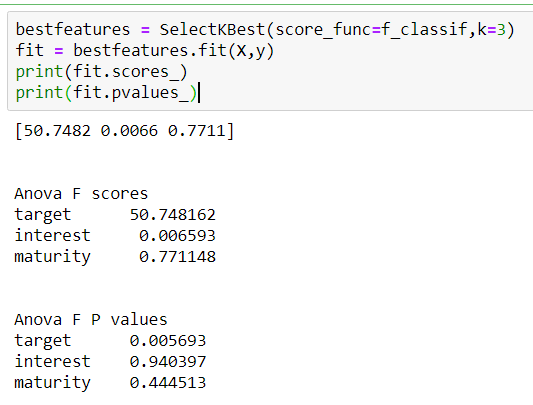 classification feature-selection
Share
Improve this question
asked May 19, 2020 at 14:50

We have two classes and we want to find a score for each feature saying "how well this feature discriminates between two classes". Now look at the figure bellow. There are two classes red and blue and two features on $x$ and $y$ axes. 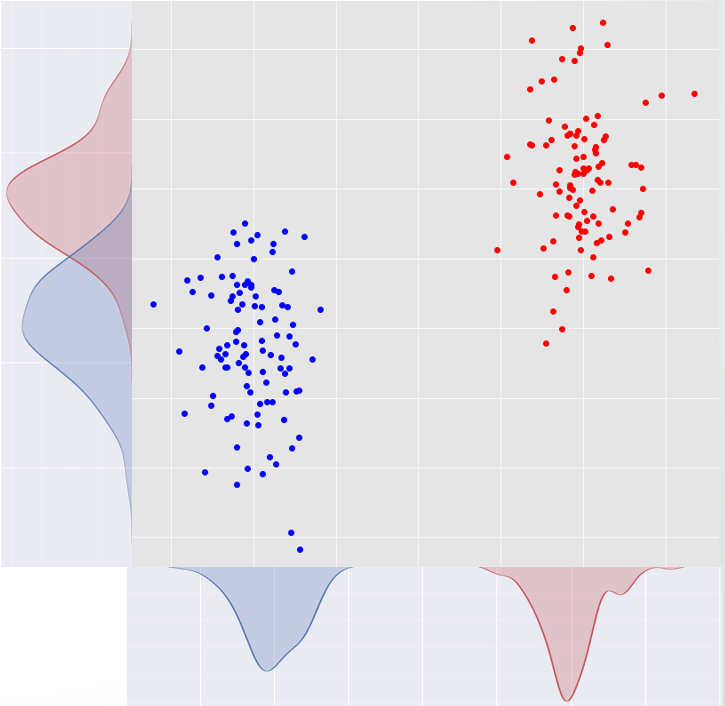 What makes $x$ better than $y$? As you see in the figure above:

Now we can easily say $\frac{distance\_between\_classes}{compactness\_of\_classes}$ is a good score! Higher this score is, better the feature discriminates between classes.

Now we know, according to this definition, what $good$ and $bad$ features mean. Let's find a math formulation to quantize it.

Mathematics (to do on the paper)

Now Back To Your Data

To calculate the above you calculate sum of between-class distances and sum of within-class variations for each feature according to different classes. I do it for only one feature. Let's choose Loan.

For denominator we go with Sum of Squares Within class (it is simply the numerator in formulation of sample variance):

Now the F-Score for feature Loan is:

as you see with your calculation in Python. 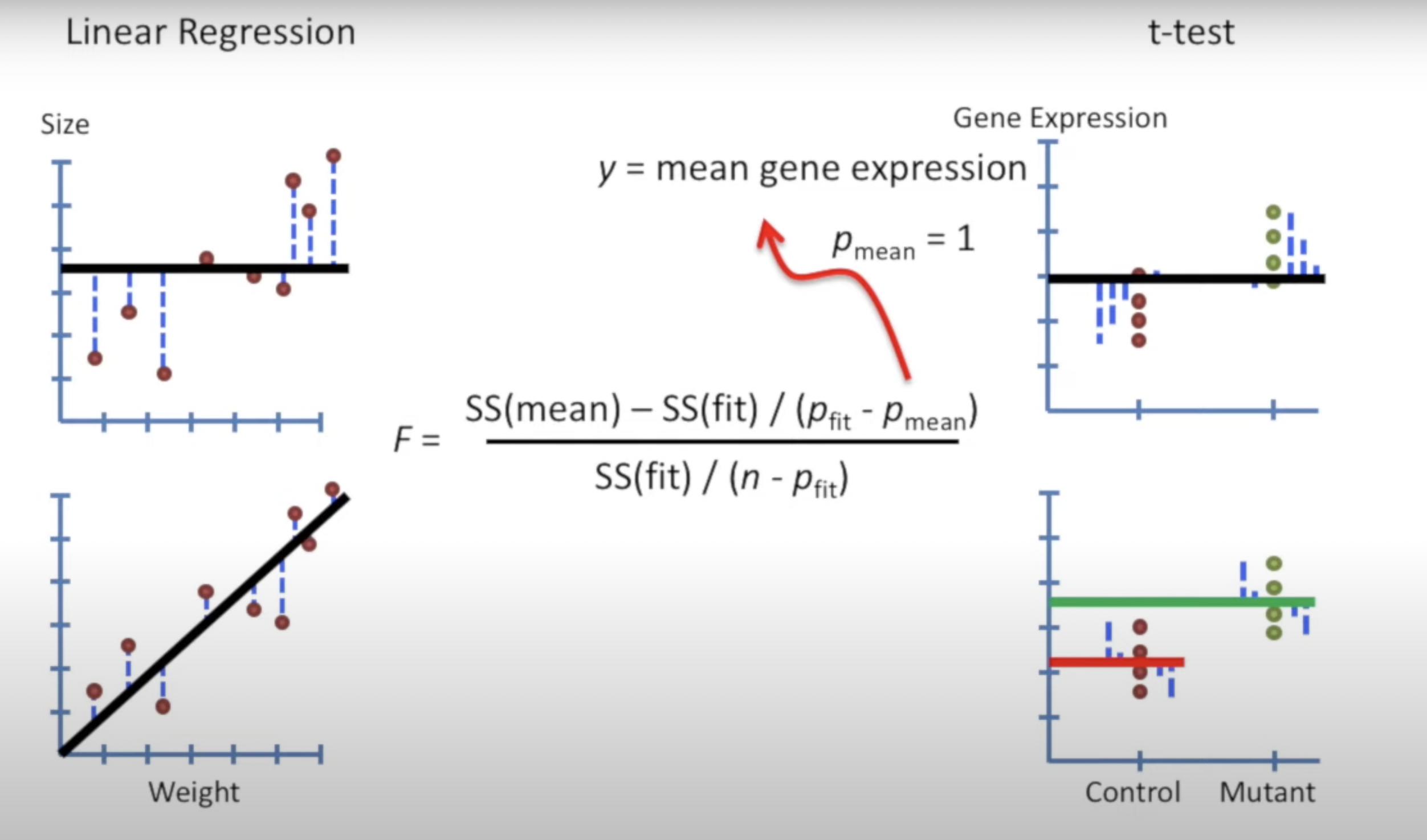 Not the answer you're looking for? Browse other questions tagged classification feature-selection or ask your own question.