An Australian sporting league simulated live crowds using cardboard cut-outs to fill empty stadiums during COVID-19. Fans were allowed to submit their own faces to be used on the cutouts, which resulted in some (mostly harmless) misuse, for example fans submitting their pets' faces 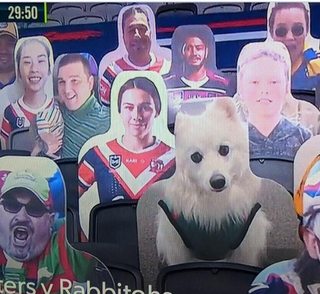 But it also resulted in an instance of nefarious misuse where undesirable faces were uploaded and this went undetected by administrators until after the broadcast.

By analogy, do any similar open-source lists exist for faces? That is, are there any openly available undesirable face lists that can be used by facial recognition software for the purpose of matching/filtering, or at least reducing the manual (human) workload involved in dealing with (probably) unwanted faces in images by flagging suspect images?

Note: Given any such list(s) would be highly subjective, it would be up to the responsible developer to ensure the appropriateness of lists for any particular use case (just as is the case for filtering obscenities from text). Despite the subjectivity/imperfections, are there any open source lists available for undesirable faces as there are for strings?

Browse other questions tagged dataset data image-classification image-recognition or ask your own question.