Having read a lot about class imbalance in classification tasks, I'd like to know what is the methodology for data imbalance in regression tasks.

Particularly, - What is the procedure to check for it (for example in classification, we'd check if all classes have the same training examples) - What are possible ways to solve it?

In a regression framework one would usually not speak about (class) imbalance. In this case it is about the distribution (mostly of the dependent variable). A distribution has several moments. The expected value (1st), variance (2nd), skewness (3rd) and kurtosis (4th). They all together define how a distribution looks like.

Generally, a normal distribution works well with regression. You can also test normality. As mentionned by others, you can plot the (empirical) probability density function. Another useful thing is a boxplot. And you can look at the moments. 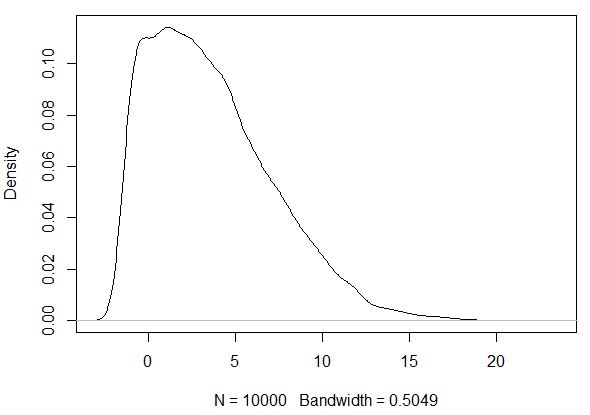 Also the box plot indicates that there are some "unusually high" values in the distribution. 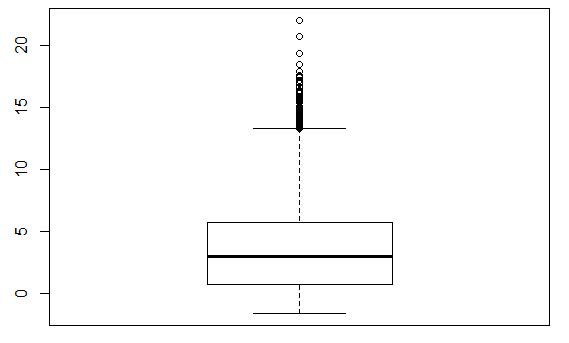 Density function and boxplot look much more "harmonic" in this case. 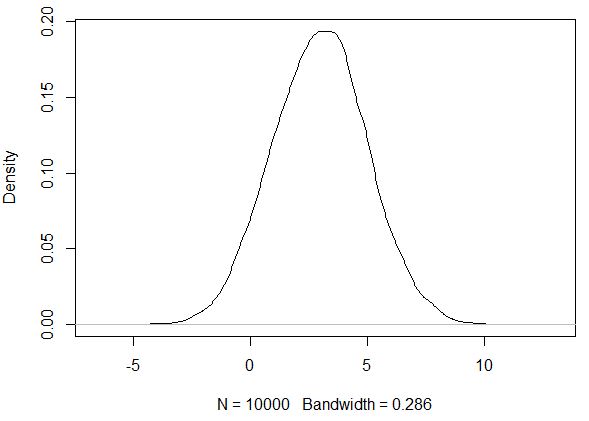 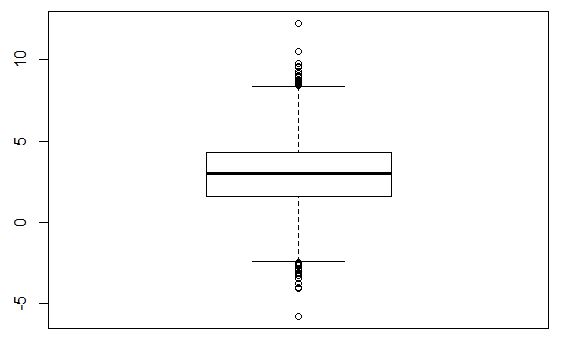 What can you do with non-normal distributions?

With skewed/non-normal distributions you often get bad predictions from a regression model, especially where "unusually low/high" values are found. See this post for example. The solution often is to do some kind of linear transformation to the data. This is one reason why it often is a good idea to standardize data in predictive modelling. One can also try other linear transformations, e.g. taking logs. However, there is no "silver bullet" to adress the problem.

Another consequence of skewed data in linear regression can be heteroscedasticity, which leads to unreliable standard errors, p-values, and confidence bands. See this post for a discussion.

A simple way to check for data imbalance is to plot the histograms for the different output parameters. This would easily show imbalances.

See also https://stats.stackexchange.com/questions/30162/sampling-for-imbalanced-data-in-regression for some ways of dealing with imbalance if you encounter it.

Not the answer you're looking for? Browse other questions tagged regression data class-imbalance or ask your own question.

6
Regression: How to deal with positive skewness in continuous target variable
6
Confidence interval interpretation in linear regression when errors are not normally distributed