I am not very good at understanding statistics jargon

I tried to read articles on statistics every article says distribution and show a picture of bell curve. I understand that x axis of bell curve will take the value of data but does y-axis always has the count/frequency od the data

Is Distribution and Histogram same ?

I did find an article on difference between distribution and histogram

But it says histogram is most commonly used for frequency distribution

You could think of histogram as one way of plotting a distribution of values. Another way of plotting such distribution is a KDE (Kernel Density Estimate), but after all, these inform about the same concept, which is how frequent is each value (or values interval) of your values series (x-axis).

I like this picture from seaborn distplot to have a one shot info about the (univariate) distribution of your values, both with continuous (kde) and discrete (histogram) representations. https://seaborn.pydata.org/tutorial/distributions.html 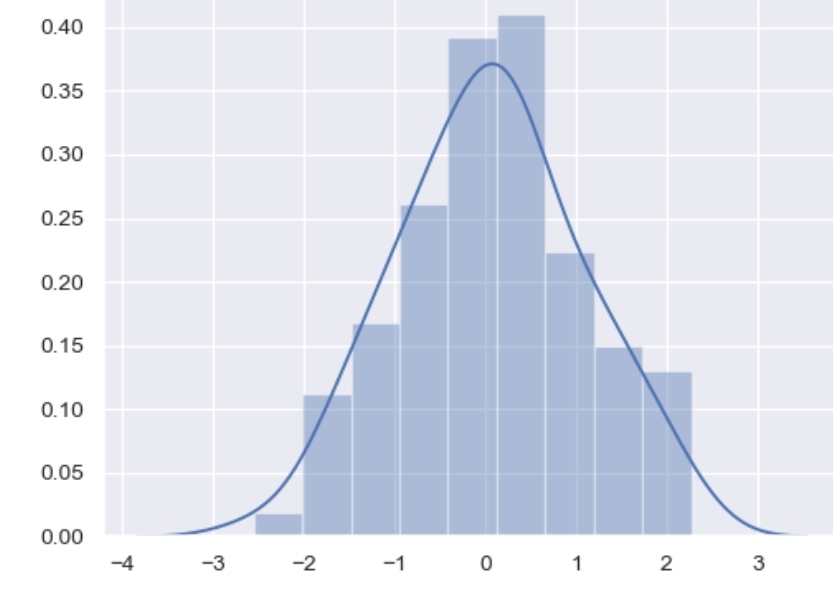 For example if the variable is the outcome of a regular dice, then any of the values 1 to 6 has the same chances to appear (1/6). This is a uniform distribution. If you actually do the experiment yourself of throwing a dice 100 times, you are going to observe that the frequency (i.e. the count) of every value is around 100/6 = 16.6, but not exactly.

Now say you want to represent visually the result of your experiment, i.e. the observed distribution of your sample. The most standard way to do that is to draw a histogram: as you know, you write your 6 values on the X axis and for each of them draw a bar as high as its frequency (or probability) on the Y axis. The histogram is a visual representation of the distribution: it shows for every value the chances that it appears, and it's visually useful in order to observe the "shape" of the distribution. For instance if the distribution is normal, the histogram has this typical bell shape. But there are many other kinds of distribution as well.

Not the answer you're looking for? Browse other questions tagged statistics descriptive-statistics or ask your own question.