R : Counting the number of observations per category

I'm currently starting out in R and wondering how to count the number of observations per day, per node, per replicate from the below dataset, and store in a different data set. The original dataset looks like this: 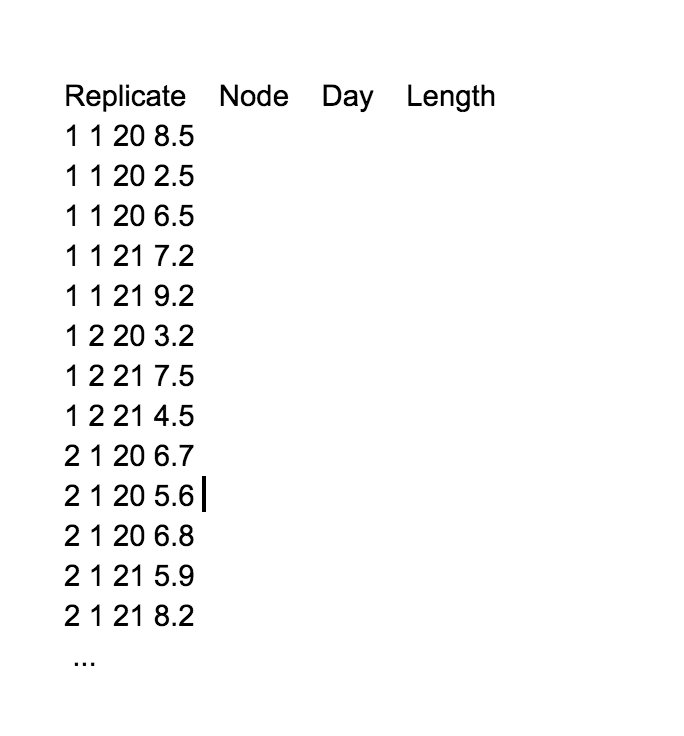 Can someone help me find out how I could do this in R? Thanks

The group_by function can group by multiple columns, so

I like to use the plyr library but there are other ways:

If you want to name the column in the same time you can do:

Not the answer you're looking for? Browse other questions tagged r dataset preprocessing counts or ask your own question.

6
How to count observations per ID in R?
1
plot the histogram of purchases
1
Why does changing the cluster number change the plot in Kmeans?
3
Handling features with multiple values per instance in Python for Machine Learning model