Bootstrap belongs to Efron. Tibshirani wrote a book about that in reference to Efron. 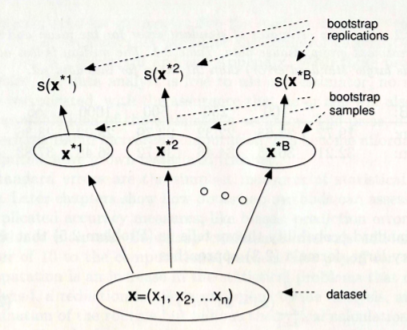 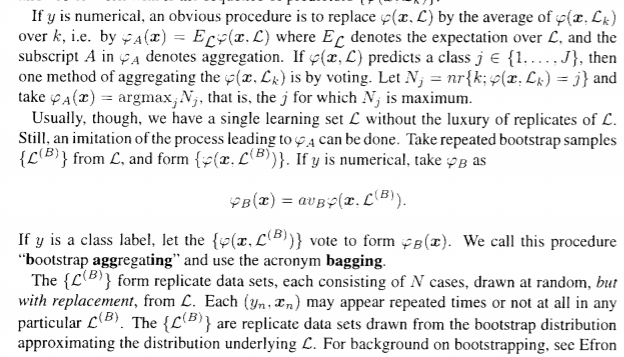 What I understand is, that only when it is:

thats called bagging. Does it mean, when you just/only do bootstrap without an aggregation at the end you only use the standard deviation of the bootstraps replications togheter, than you call it bootstrap.

If you do the same, but at the end you take an aggregation of voting or anything else, than you call it bagging.

So Breiman dont gives an exactly answer of the aggregation method in the end. But his method (voting) is different of the original bootstrap method (standard deviation) in Tibshiranis book which refers to Efron´s original (Efron´s method).

Can we say that this is a different of bagging and bootstrap aggregating? Of course roughly said that´s the same. (But im looking for the correct answer).

Browse other questions tagged aggregation bootstraping bagging or ask your own question.

1
Aggregating standard deviations
2
How does bagging help reduce the variance
1
Question on bootstrap sampling
0
Bagging Base models
2
bagging vs. pasting in ensemble learning
0
Difference between bagging and pasting?
4
Can Boosting and Bagging be applied to heterogeneous algorithms?
2
Labeling and aggregating features issue