Unable to transform the variable to normal distribution

I have a variable called 'list_price' in my data ,which is not normally distributed. 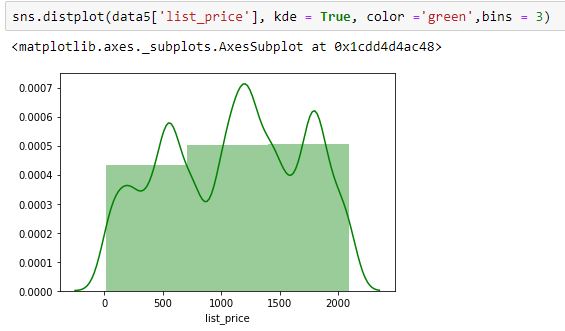 How would we proceed further in such scenarios? Should we go with original distribution itself?

Need some guidance on this

Based on your image, your data looks like it is uniformly distributed. You might try using more than 3 bins to look at the distribution more closely.

A few points related to your questions:

Not the answer you're looking for? Browse other questions tagged machine-learning statistics distribution or ask your own question.