How do standardization and normalization impact the coefficients of linear models?

One benefit of creating a linear model is that you can look at the coefficients the model learns and interpret them. For example, you can see which features have the most predictive power and which do not.

How, if at all, does feature interpretability change if we normalize (scale all features to 0-1) all our features vs. standardizing (subtract mean and divide by the standard deviation) them all before fitting the model.

I have read elsewhere that you 'lose feature interpretability if you normalize your features' but could not find an explanation as to why. If that is true, could you please explain?

Here are two screenshots of the coefficients for two multiple linear regression models I built. It uses Gapminder 2008 data and statistics about each country to predict its fertility rate.

In the first, I scaled features using StandardScaler. In the second, I used MinMaxScaler. The Region_ features are categorical and were one-hot encoded and not scaled.

Not only did the coefficients change based on different scaling, but their ordering (of importance?) did too! Why is this the case? What does it mean? 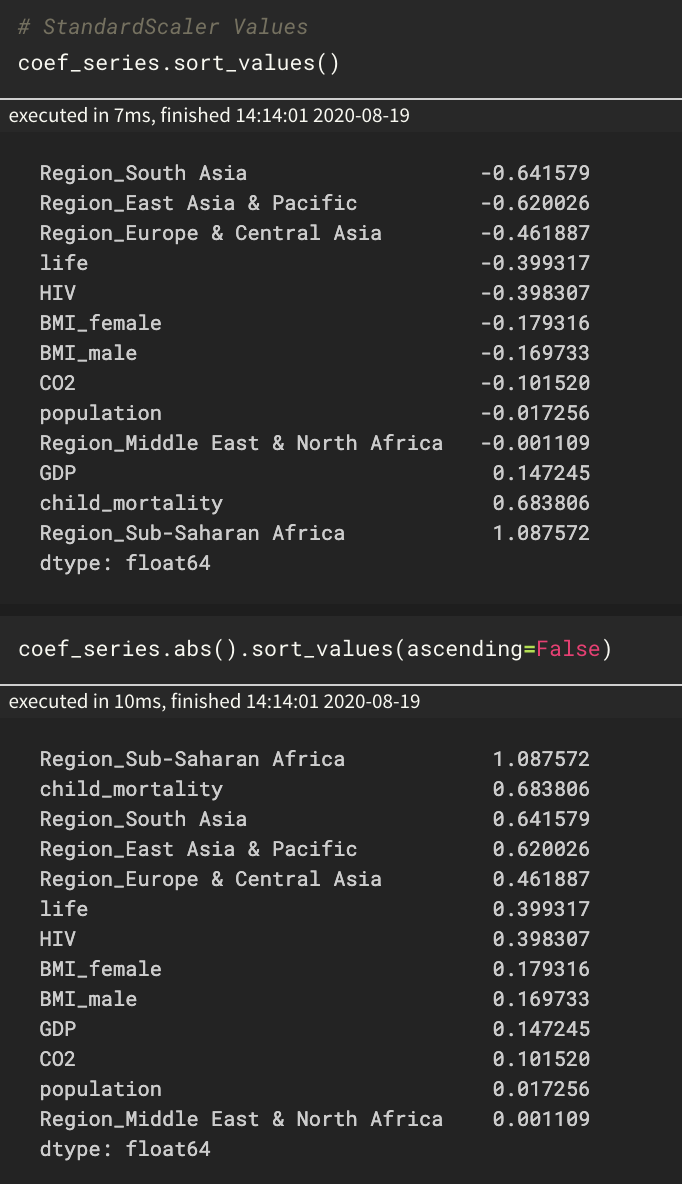 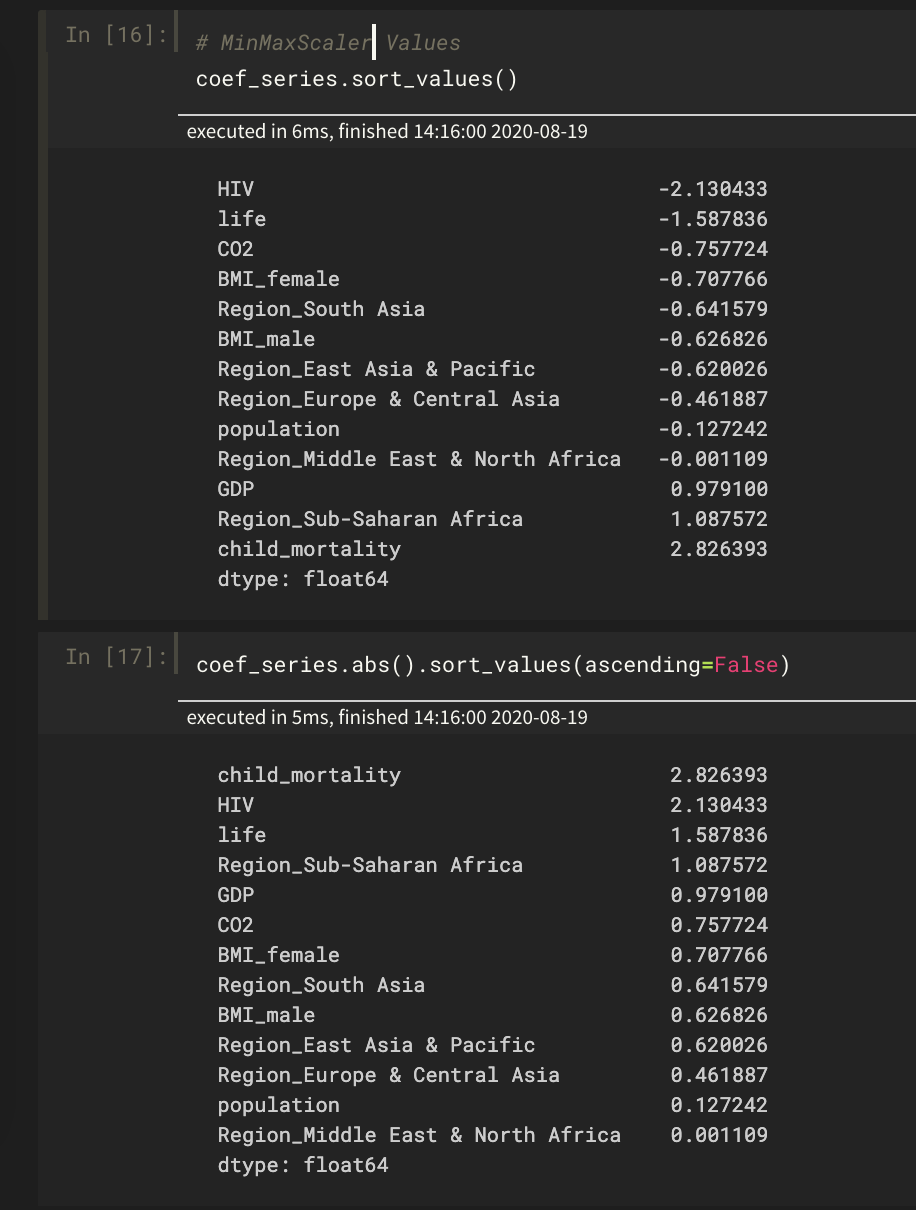 When you have a linear regression (without any scaling, just plain numbers) and you have a model with one explanatory variable $x$ and coefficients $\beta_0=0$ and $\beta_1=1$, then you essentially have a (estimated) function:

Now when you scale $x$ (the plain numbers) like:

you essentially have different units or a different scale (with mean=0, sd=1).

The interpretation here would be "if $x$ changes by one standard deviation...". This is very handy when you have several $x$ with different units. When you standardise all the different units, you make them comparable to some extent. I.e. the $\beta$ coefficients of your regression will be compareable in terms of how strong the variables impact on $y$ is. This is sometimes calles Beta-Coefficients or Standardised Coefficients.

A very similar thing happens when you normalise. In this case you will also change the scale of $x$, so the way how $x$ is measured.

I believe with scaling, the coeff. are scaled by the same level i.e. Std. Deviation times with Standardization and (Max-Min) times with Normalization

If we look at all the features individually, we are basically shifting it and then scaling it down by a constant but $y$ is unchanged.

We can observe in this snippet that both the coef are in the ratio of the Standard deviation and (Max - Min) respectively w.r.t the unscaled coeff

So, you can calculate the unscaled Coeff from Standardized and Normalized coeff.

The order(Since it's sorted values) might change because the standard deviation will not be equal to (Max - Min).

But this should not impact the importance. Importance should be measured in original data space Or unit should be of standard deviation(as explained by Peter) Or (Max - Min) but that might be not very intuitive for every user.

Not the answer you're looking for? Browse other questions tagged linear-regression feature-scaling interpretation ridge-regression lasso or ask your own question.