I'm trying to understand some visual illustrations about the wight sharing in the Convolutional Neural Network as following: 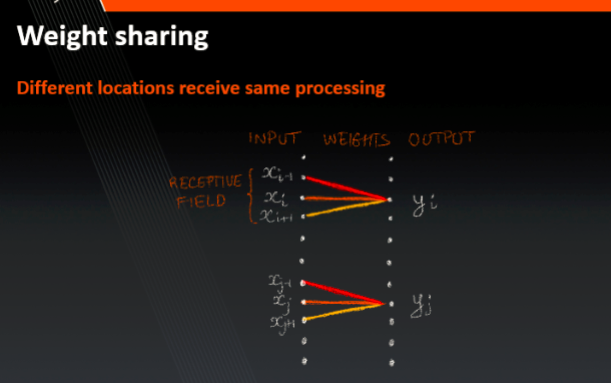 In this picture we see that for different outputs different inputs share the same weights, as the weights are associated with the color (same color - same weight).

So in the Stanford example we can see it eather: 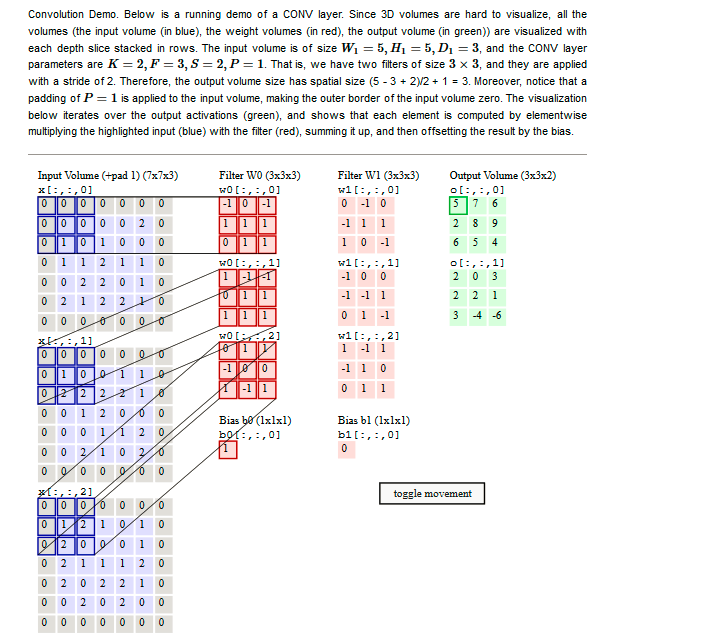 Now there is this picture: 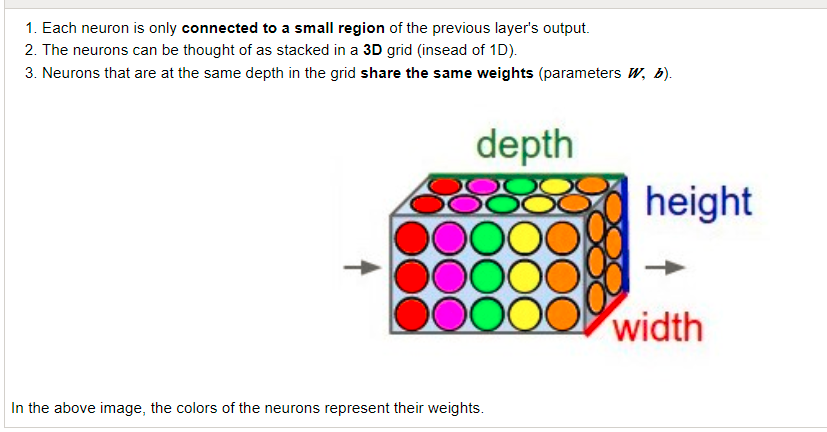 And I'm not fully understand the 3 estimation. It says that the same color means the same weight, but as I can tell in the picture we see a filter, each neuron, let's mark it as $f$ refers to the multiplication of $f(x)=wx(+b?)$, and as much as I can tell from the Stanford exmaple, the weight can be all different and not the same color, and the weight sharing isn't representable on the filter, but only in any view that includes the input, as in the first image, so isn't it a bit misleading ?

Or maybe I just didn't understand it and anyone could explain it more briefly ?

I agree that these pictures are a bit confusing. I think they are all hinting at the following:

So, to your pictures:

Not the answer you're looking for? Browse other questions tagged neural-network convolution neural or ask your own question.

12
CNN - How does backpropagation with weight-sharing work exactly?
2
Is color information only extracted in the first input layer of a convolutional neural network?
2
Understanding the filter function in Convolution Neural Networks
10
How to apply class weight to a multi-output model?
0
Why do we need convolutions over volume in convolutional neural networks for image recognition?
3
Why the sigmoid activation function results in sub-optimal gradient descent?
1
How gradients are flown back to Network in siamese architecture? How weights of all CNN models are same even when using different models
1
Shared classifier for 3 neural networks (is this weights sharing?)