Is the way to combine weak learners in AdaBoost for regression arbitrary?

I'm reading about how variants of boosting combine weak learners into final predication. The case I'm consider is regression.

An Introduction to Statistical Learning: with Applications in R: The final prediction is the weighted average. 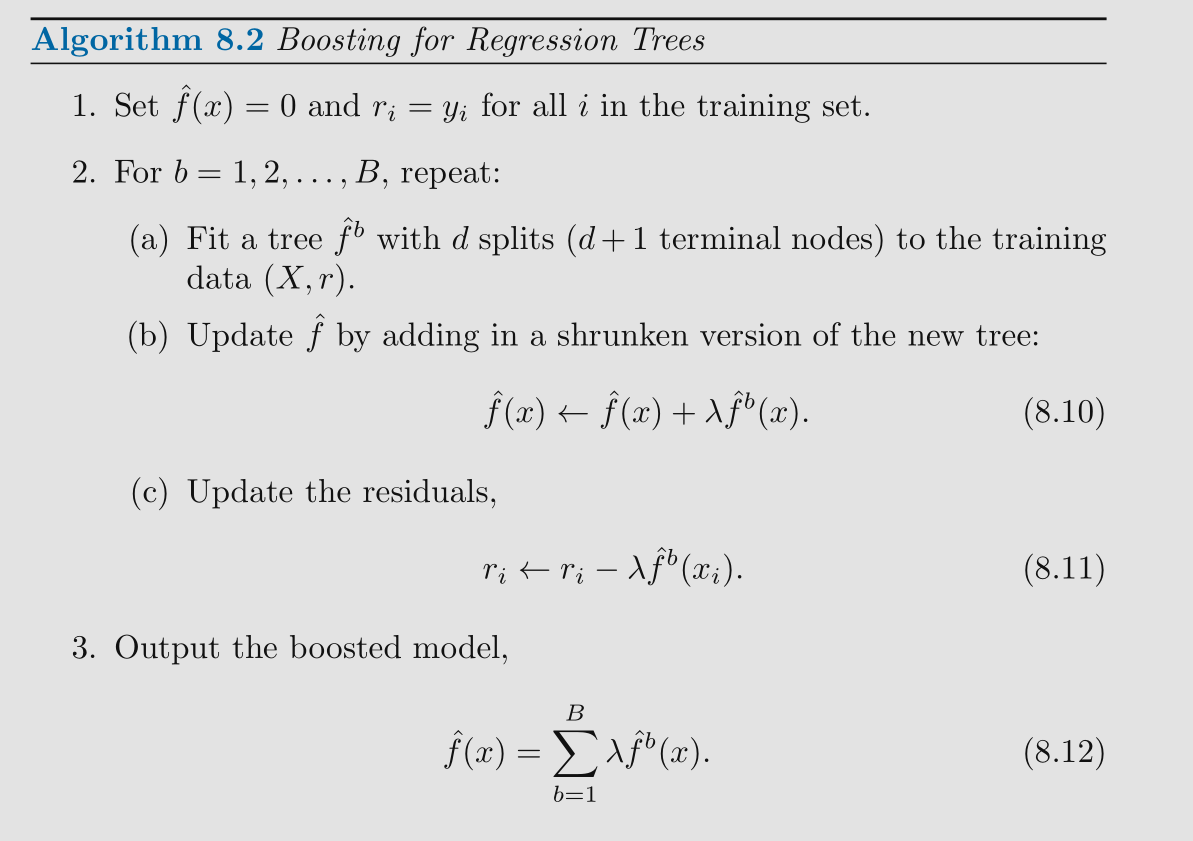 As such, I would like to ask of the way of aggregation is mathematics-based, or because the researcher feels it's reasonable.

Thank you so much!

The ISL description is of gradient boosting (regression, with mse as the loss function), not of AdaBoost. There, $\lambda$ is constant, not weights for each tree. Since each tree is fitted to the residuals, we need to add the results to better approximate the true values, not average.

However, the title question is still an interesting one. It does seem probably mostly arbitrary, but at least some testing has been done, see e.g. "Experiments with AdaBoost.RT, an Improved Boosting Scheme for Regression" by Shrestha and Solomatine.

Not the answer you're looking for? Browse other questions tagged boosting adaboost or ask your own question.

1
What Does the Normalization Factor Mean in the AdaBoost Algorithm?
1
Is there any formal explanation for the sensitivity of AdaBoost to outliers?
0
How can the Adaboost technique be called an ensemble learning technique?
1
Error rate of AdaBoost weak learner always bigger than 0.5?
2
Can i use other regression types that arent based in decision trees to use it like a weak learners in gradient boosting?
1
How Adaboost calculates error for each weak learner in training?