I have a set of time series data (just like voice sequence data) with the pattern as shown in the first figure (theoretical data). The measured data is given as presented in the second figure. What I want to do is localizing/finding the subsequent pattern as shown in the red squares. Is there any algorithm to solve this problem? It looks like the classification/regression problem in machine learning, but I have no idea how to start it. 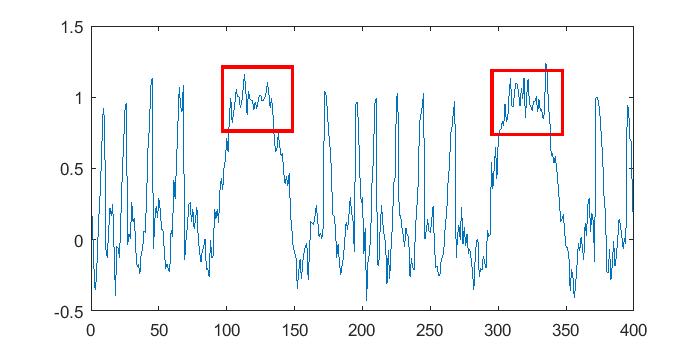 The real state of the art here is the Matrix Profile suite, developed by Eamonn Keogh and his team in University of California at Riverside (UCR). Here are some links to get you started:

You'll find links to implementations in the above stuff.

Apart from the team at UCR, there is another (and possibly more efficient) implementation of the relevant algorithms in the STUMPY Python package:

Not the answer you're looking for? Browse other questions tagged machine-learning classification time-series regression pattern-recognition or ask your own question.