Is a dense layer required for implementing Bahdanau attention?

I saw that everyone adds Dense( ) layer in their custom Bahdanau attention layer, which I think isn't needed. 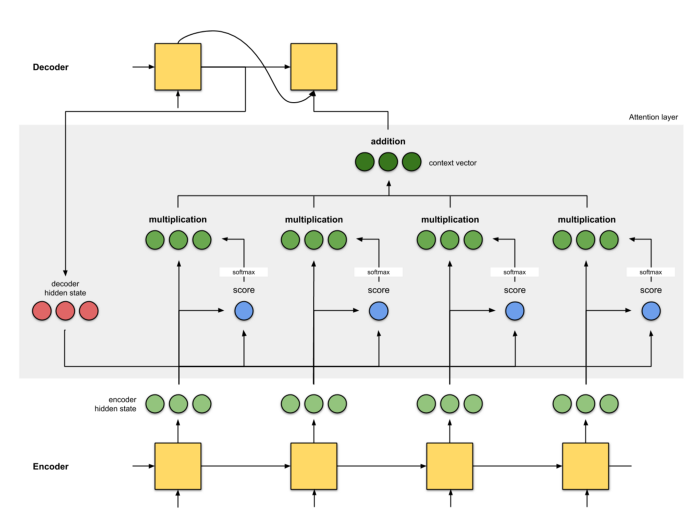 This is an image from a tutorial here. Here, we are just multiplying 2 vectors and then doing several operations on these vectors only. So what is the need of Dense( ) layer. Is the tutorial on 'how does attention work' wrong?

A Dense layer inside the Attention layer logic is a must. This is typically a single unit, single layer MLP (though in case of Additive Attention, there is a provision to use more units). This layer helps us derive the attention weights during training

This Dense layer transforms the input (each of the encoder LSTM layer output) keeping the dimensions the same. This is then multiplied individually with the last decoder hidden state & softmaxed to generate the attention weights.

Multiplying the attention weights with the encoder hidden states help to magnify or diminish the relevant input information and this context can then be used for Predictions. (In Additive layer addition is used instead of multiplication)

So in order to incorporate Attention, a single layer Dense MLP is mandatory. The model learns the weights of this layer during training. These layer weights are then used to derive the attention weights.

Not the answer you're looking for? Browse other questions tagged machine-learning deep-learning attention-mechanism or ask your own question.

7
what actually word embedding dimensions values represent?
21
How to add non-image features along side images as the input of CNNs
0
Adding dense layer to CNN causes to stop learning
2
DeepLearning: does it make sense to have more nodes in the initial layer than inputs--for tabular data
1
Attention to multiple areas of same sentence
0
Why this TensorFlow Transformer model has Linear output instead of Softmax?
2
What exactly is the linear layer in the transformer model?