Why does horizontal lines in plt.plot(feature, '.') mean that the data have been properly shuffled?

I am following a Mooc and in this lecture about visualisation in explenatory data analysis the lecturer claims that when plotting the row indexes against feature values, if we have lines on the feature value axis it means that the data have been properly shuffled. I can't see why. 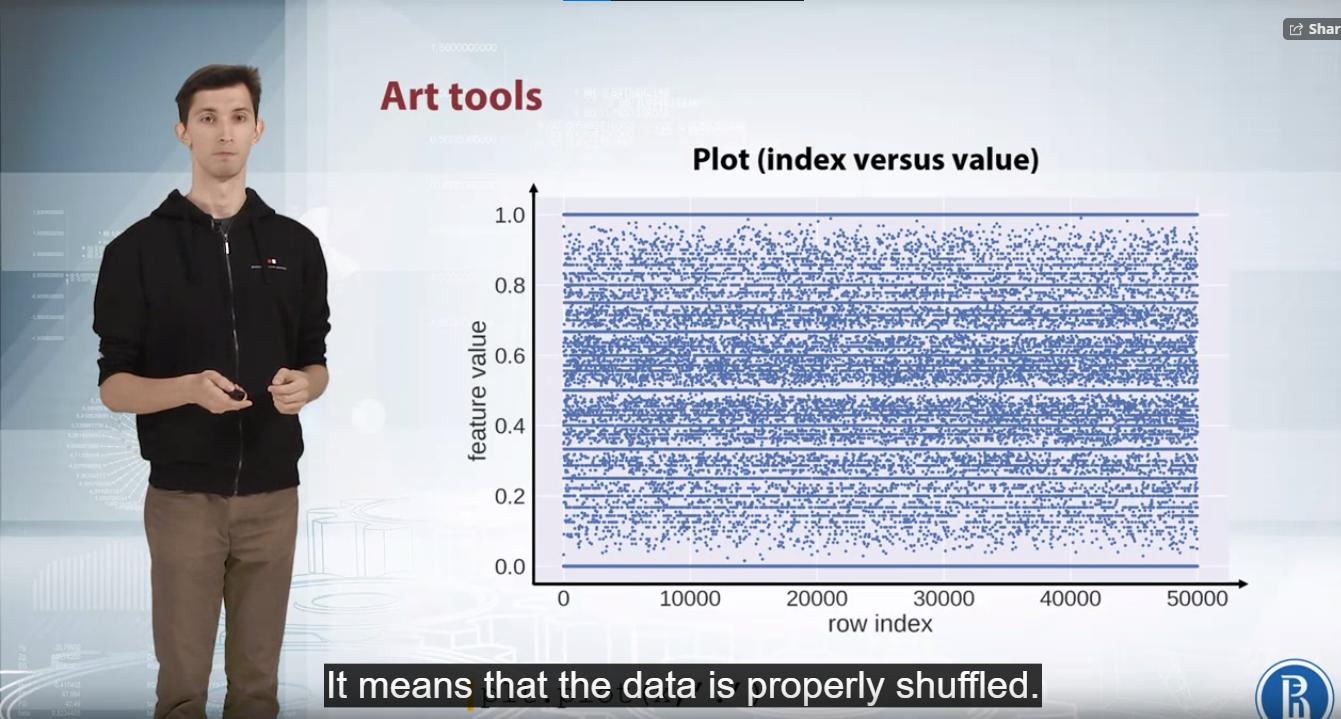 On the contrary, in the following lecture, the lecturer claims that from the absence of vertical lines, the data hasn't been properly shuffled: 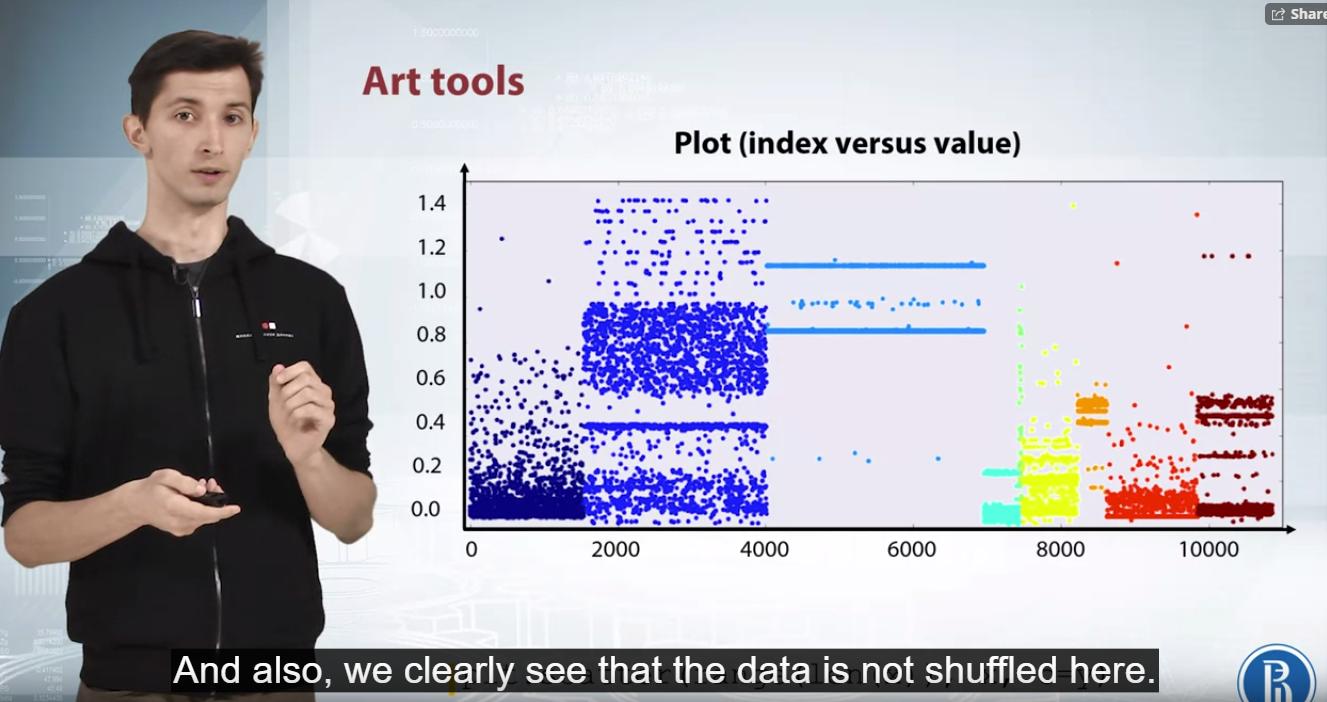 I think I get it as if it was, I would have seen clear lines. But how can I bee sure there isn't more classes hidden in these subs?

Yes, that's correct. On the graph given as example this is not visible because there are too many row indexes (50000). As a consequence it's impossible to distinguish a particular index from its neighbors, but if the X axis was stretched long enough one would see a single feature value for every index.

I think there could be two different confusions here:

One may also note on this graph that there is some kind of underlying discrete distribution of the values: very clearly for values 0 and 1, but also from all the white horizontal lines which show that some values seldom exist in the data.

1
How would you visualize data that comes in the millions of records?
6
What does it mean by “t-SNE retains the structure of the data”?
3
why One-Hot Encoder can avoid the situation that the model will misunderstand the data to be in some kind of order if the data has been Label Encoding
4
What does 'lm' mean in the lmplot() in seaborn?
2
What is the best way to visualize data that is over 100% capacity
0
If I have two variables with strong correlation, should I delete one and leave the other in my data