Suggestions for improvement? Time series of variation in relative frequency of emotion-related words in academic psychology over time

First time plotting and interpreting time series data and I have used a line plot for ease of use. I am aware this is incredibly basic, but any input/ recommendations would be much appreciated (e.g., is anything unclear?).

"The relative frequency of affect-related tokens (counts per 10,000 tokens in psychology abstracts) increased from 3.51% in 1980 to 4.87% in 2017—-an overall relative increase of 39%. The relative frequency of affect-related tokens shows an increase at a rate of approximately 0.037 units per year (over 37 years). Overall, this displays a rapid growth trend in academics' use of emotion-related terms in psychology abstracts over time." 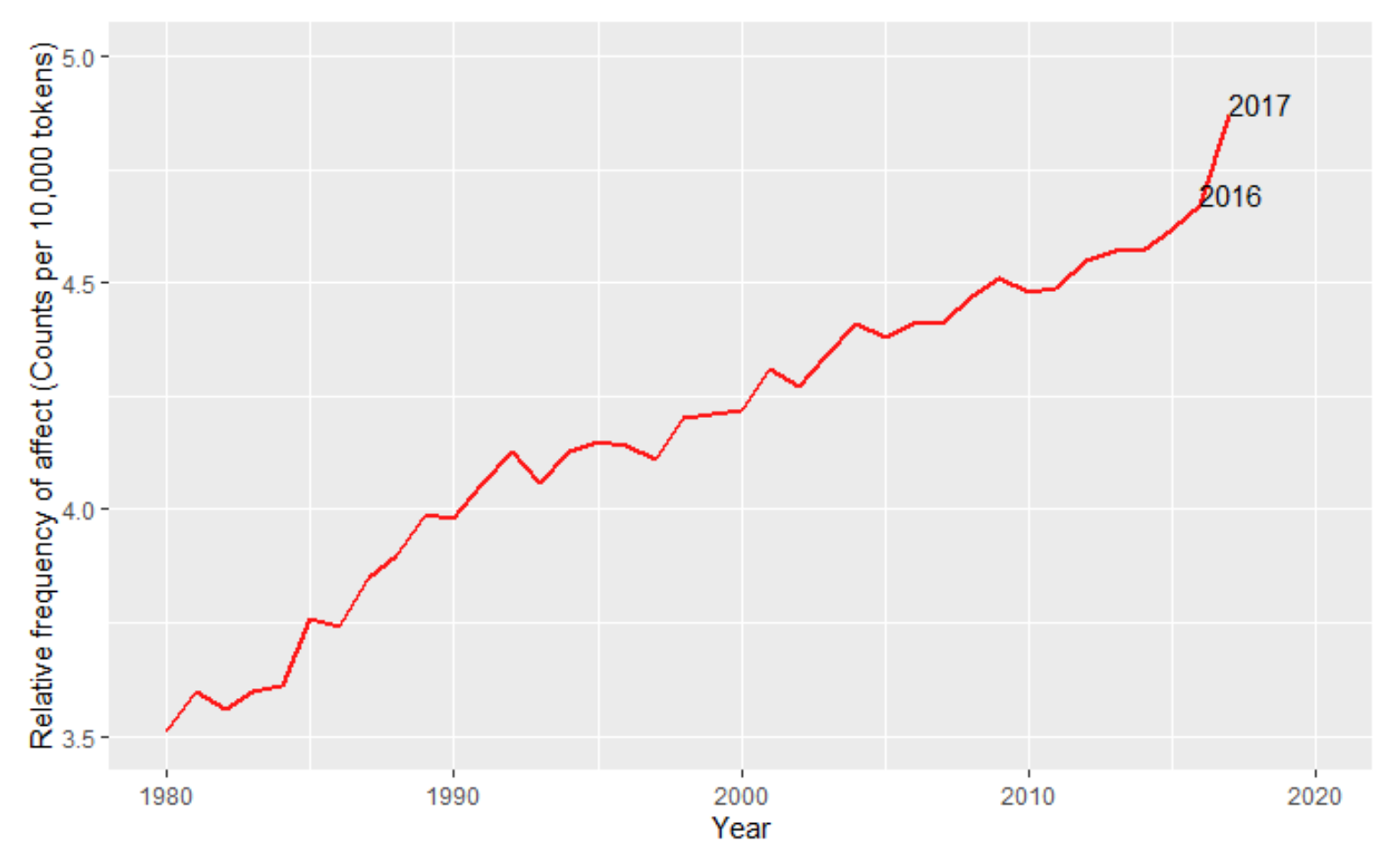 I am aware this is incredibly basic, but any input/ recommendations would be much appreciated (e.g., is anything unclear?).

In general it is strongly recommended to communicate knowledge in the most simple way possible, as long as it's accurate. Yes a line plot is simple but there's nothing wrong with that, in this case I can't think of any better way to convey the observation accurately.

My main concern is whether I have adequately displayed the data and whether I can do anything useful to improve (e.g., moving average)?

It perfectly shows the increasing trend which is your main point:

Overall this looks very good to me. Just a small note, in your description you could mention that the rate by year is an average: "approximately 0.037 units per year in average".

Not the answer you're looking for? Browse other questions tagged time-series data interpretation corpus or ask your own question.