Trying to figure out which the training set is

Can someone help me on this one? As can be seen in the screenshot, it says the loss is 1/2. Where's that 1/2 coming from? How can I replace the values in the h(s) function? 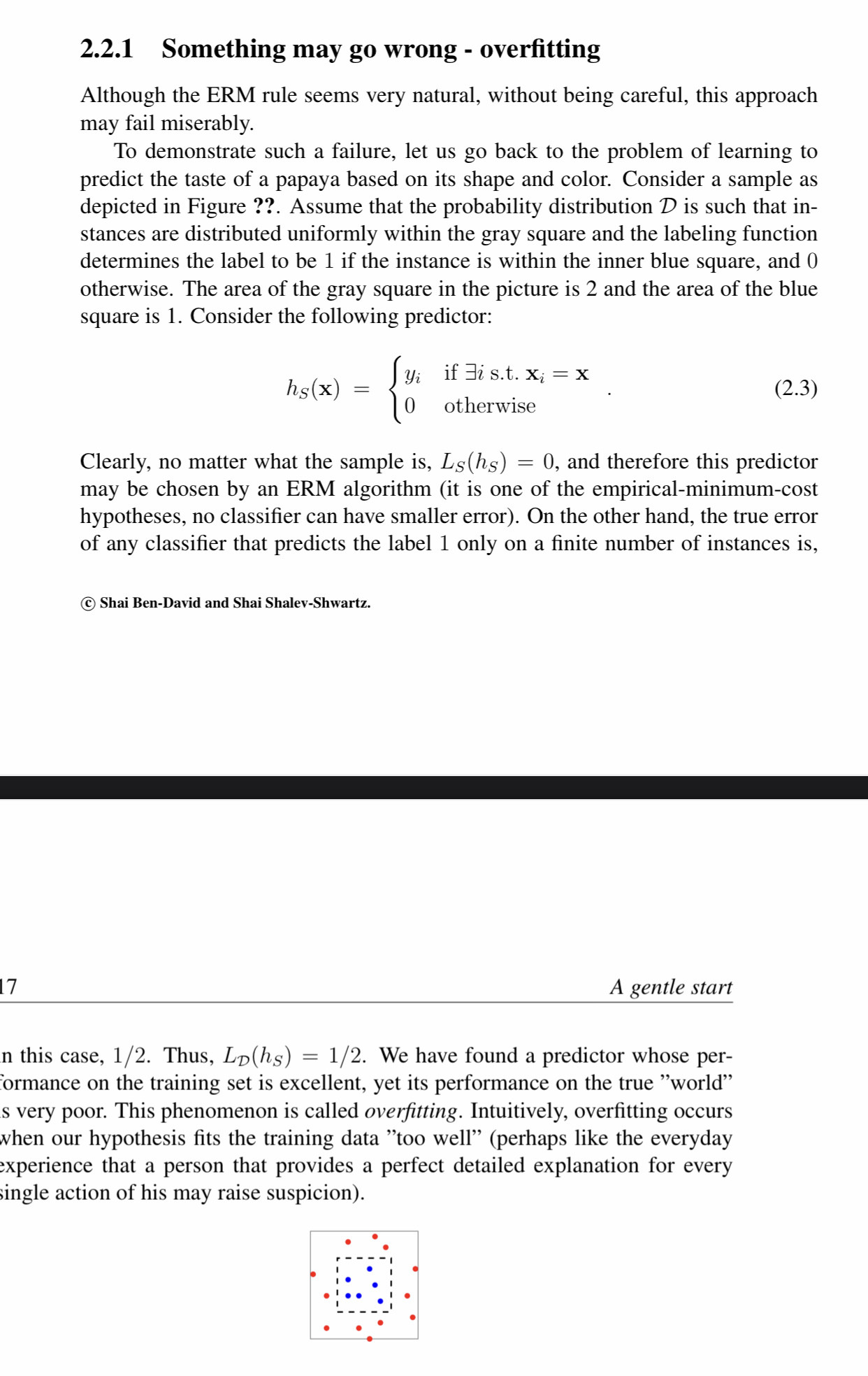 As can bee seen in the screenshot, it says the loss is 1/2. Where does that 1/2 is coming from?

But what happens if we evaluate this predictor not just on the training set, but on the entire distribution $\mathcal{D}$? Notice that the predictor will correctly predict any instance outside of the dotted blue square. Because this is a continuous area, there are an infinite number of points that $h_S$ will predict correctly.

Also notice that there are an infinite number of points that $h_S$ will predict incorrectly. Any point that is inside the blue square but was not found in the training set will incorrectly be predicted 0 instead of 1.

How can I replace the values in the h(s) function?

$h_S(\mathbf{x})$ is a memorization classifier. If it has already "seen" a data point during training, then it will regurgitate the classification of that point. Otherwise it just predicts 0.

To clarify the proposed classifier (because I think it depends on some nonstandard notation): classify any point that is in the (finite) training set according to its true label. (Clearly this gives you an error rate of 0 on the training set.) For any point not in the training set, just predict label 0.

Now, consider a random new point in the gray square: it's the same as a point from the training set with probability 0, so assume it's not. Then our classifier predicts label 0. But the point has probability 1/2 (area of blue square over area of gray square) of being label 1. So the error rate of our classifier, on test data, is 1/2.

Not the answer you're looking for? Browse other questions tagged machine-learning overfitting or ask your own question.

0
correcting conditional and marginal distribution in transfer learning
1
Error in using fit() on RandomForest Classifier where X was a pandas.DataFRame object
1
Mapping between original feature space and an interpretable feature space
1
Issues with training SSD on own dataset