I am training a neural network and I wanted to plot the evolution of different metrics (MSE…) during training. To get an idea of the variations between between different trainings, I am using several models and plotting average value and standard deviation. My problem is the following: I did not manage to find a good way to plot this curve and also did not find any good explanation on internet.

Let's denote by y the metric to be displayed, and x is the number of epochs. On the plots below, one standard deviation is given by the shaded area.

Here is what I tried and why I think it is not working: 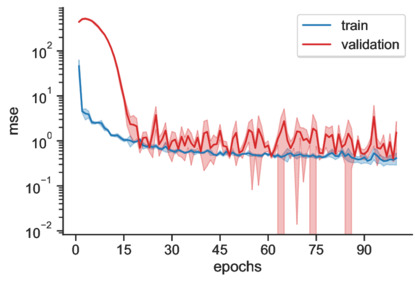 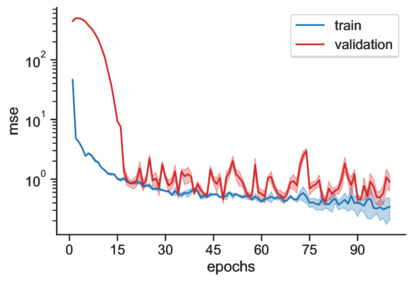 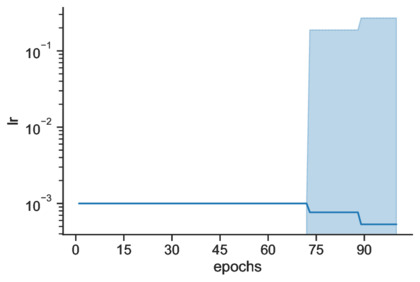 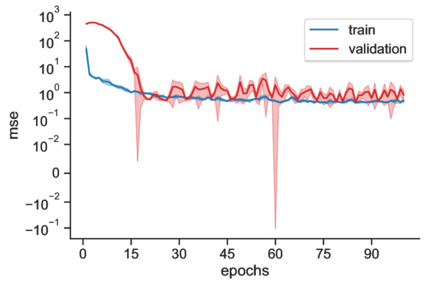 Conclusion: what would be the best way to display the standard deviation a log scale?

One option is to plot fewer epochs. There is no useful information after 20 epochs because training and validation performance are the same after that point.