How is bayesian risk computed to prune decision trees?

I've been trying to follow this paper on Bayesian Risk Pruning. I'm not very familiar with this type of pruning, but I'm wondering a few things: 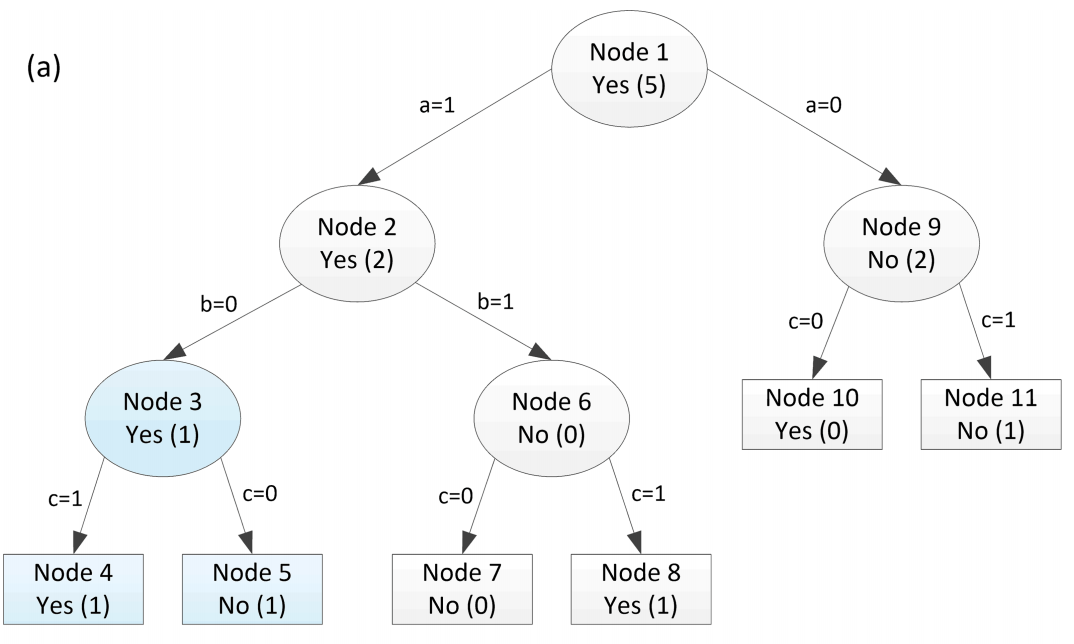 (3) From (1), loss would be 0-1 in the binary case. What could be a reasonable loss for multi-class output?

(4) From (1), would estimated probability of $C_j$ be the proportion of $C_j$ in the partitioned output class at a node? For instance, at node 3, we're looking at output = [No].

(5) From (1), would risk-rate be over all training examples?

(2) was answered in the comments above, and I'm assuming for (3) that cross-entropy can be used for multi-class loss.

Not the answer you're looking for? Browse other questions tagged decision-trees bayesian or ask your own question.