Gini impurity in decision tree (reasons to use it)

In a decision tree, Gini Impurity[1] is a metric to estimate how much a node contains different classes. It measures the probability of the tree to be wrong by sampling a class randomly using a distribution from this node:

However, assigning randomly a class using the distribution seems like a bad strategy compared with simply assigning the most represented class in this node (in above example, you would just label C1 all the time and get only 20% of error instead of 32%).

In that case, I would be tempted to simply use this as a metric, since it is also the probability of mislabeling :

Is there a deeper reason to use Gini and/or a good reason not to use this approach instead ? (In other words, Gini seems to over-estimate the mislabellings that will happen, isn't it ?)

We can rewrite this second one to:

So choosing the class with highest priority is always a better choice.

As a criterion instead of Gini.

And simply interpreted as the number of items in the dataset that will be properly classified.

Since I only had a gut feeling about this, I decided to implement it in code. For this, I followed the method described at https://victorzhou.com/blog/gini-impurity/. Generally, calculating the GI provides you with a metric for which you don't have to know the underlying distribution which I think is the reason why your example works.

Generally, my conclusion is "Yes, there are situations in which a majority count is more useful, but usually, the GI usually produces a better separation".

Here is what I've done, following the link mentioned above:

I simplified the real world by only using vertical splits, shown in light grey. Also, I'm approaching a 2D problem basically in 1D. The horizontal lines correspond be the accuracy of the majority vote principle you proposed. 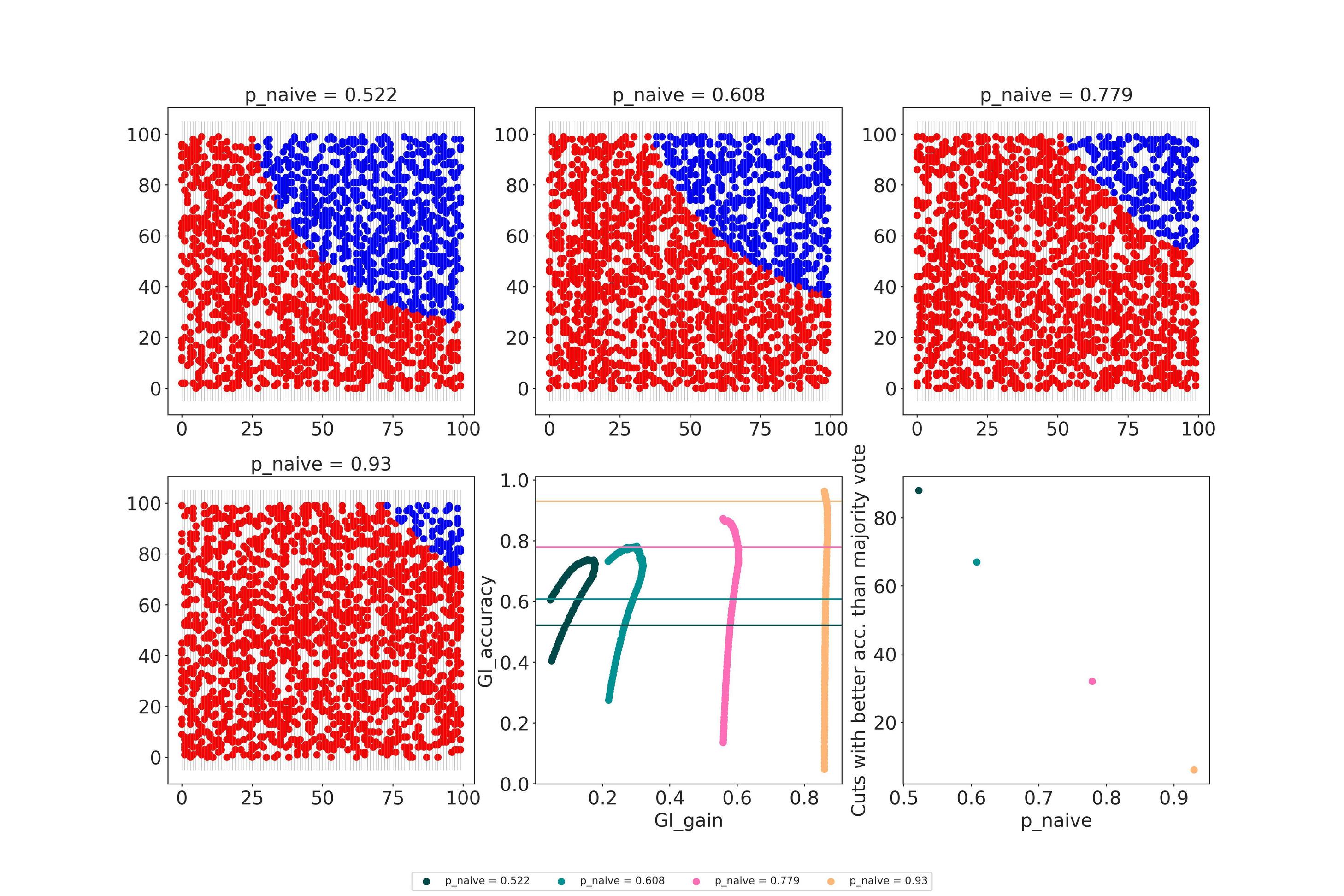 I uploaded the code here: https://github.com/dazim/stackoverflow_answers/blob/main/gini-impurity-in-decision-tree-reasons-to-use-it.ipynb

Based on the discussion in the comments I replaced the GI with the approach that Gregwar proposed.

Based on the two approaches, I evaluated the performance of a node making the decision based on the best cut. Plotted is score_gregwar - score_GI 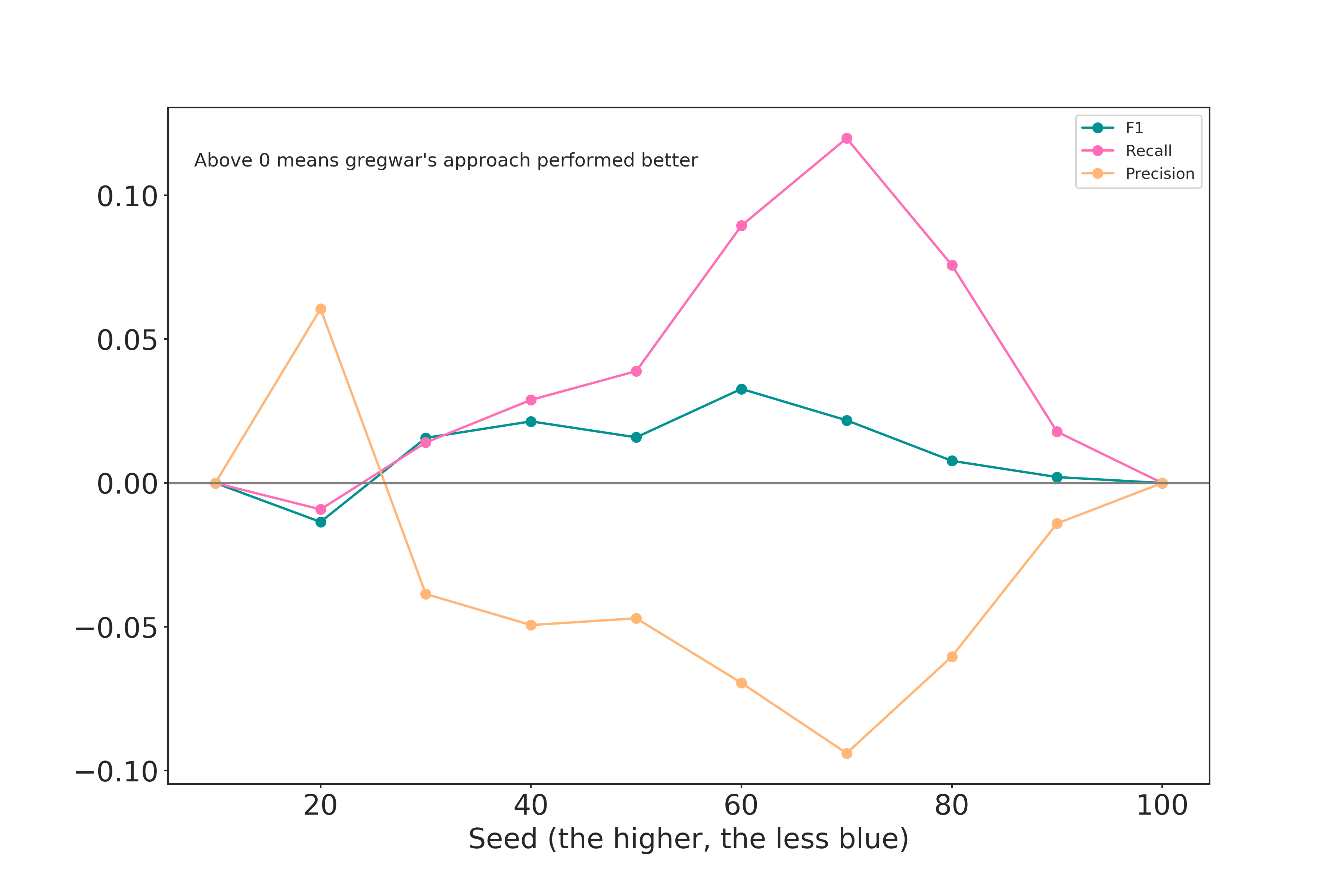 Sadly, I've got to work on other stuff. But maybe someone else want's to pick up on that. Based on what I see in this simulation, the differences don't seem that big. However, using more "real" data and not just drawing vertical splits might change this. Sorry!

Not the answer you're looking for? Browse other questions tagged classification decision-trees or ask your own question.