The training dataset is ordered in folders (so in class) with 1 image per folder. The feature "category is created by orange using the folder architecture. For the test dataset the widget "create feature" create the feature "class_name" using a substring of each image and then I create the target variable "category" using the widget "create class". Finaly the feature category is setted as target variable with "select columns" widget.

However I get the error "Test and train dataset have different target variables". I checked my datasets and i have the same target variable: category. 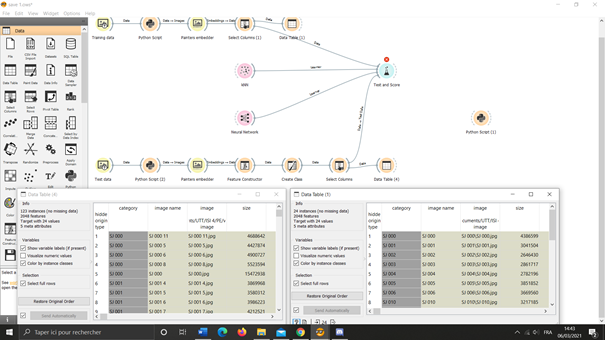 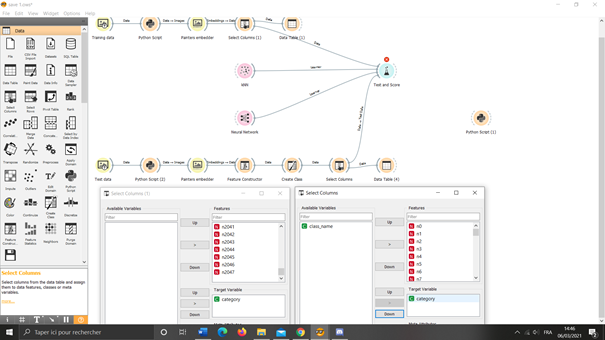 Here is the widget "select columns" showing that my two target variable are setted. The variable class_name is a column to drop

1
Orange Text Mining Data Format
1
Orange 3 "Find Informative Projections" and target variables?
1
In orange, how do you split a given table at a certain row id?
0
Target and output shape/type for binary classification using PyTorch
0
Image classification with CNN Python
4
Imbalanced Dataset: Train/test split before and after SMOTE