How to best visualise two sets of data over several years?

I have a set of data on crime statistics by police force and year, and another set of data showing police workforce numbers over the same period. I am trying to determine the best way to show this data. I have tried three alternatives but looking for preference out of these three or altnernatives that would show the data better (using Tableau but it's the visualisation more than the tool that matters).

First, i created a pair of charts shown one above the other so the X axis is common with separate Y axis. 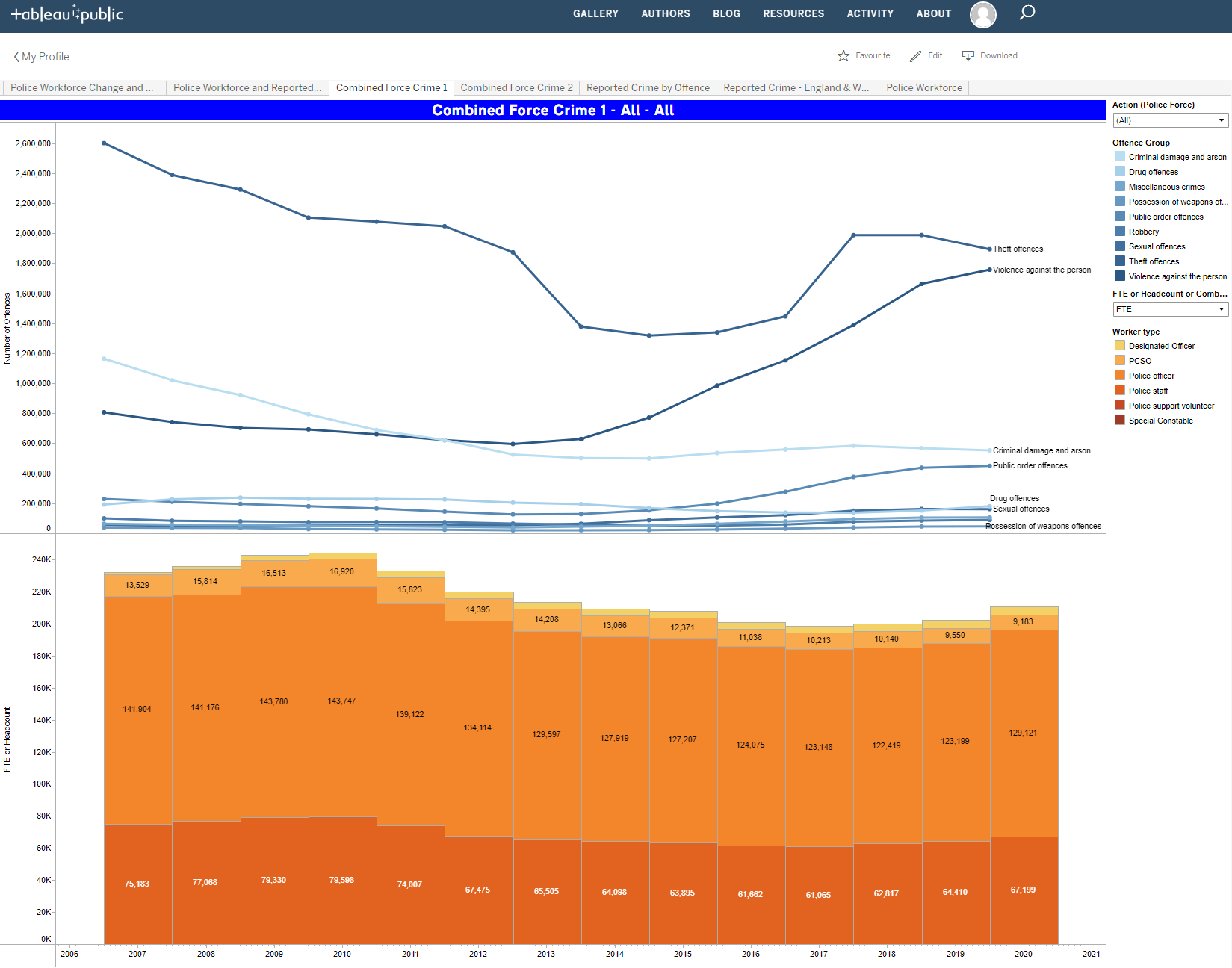 Then i combined these two into a dual axis chart 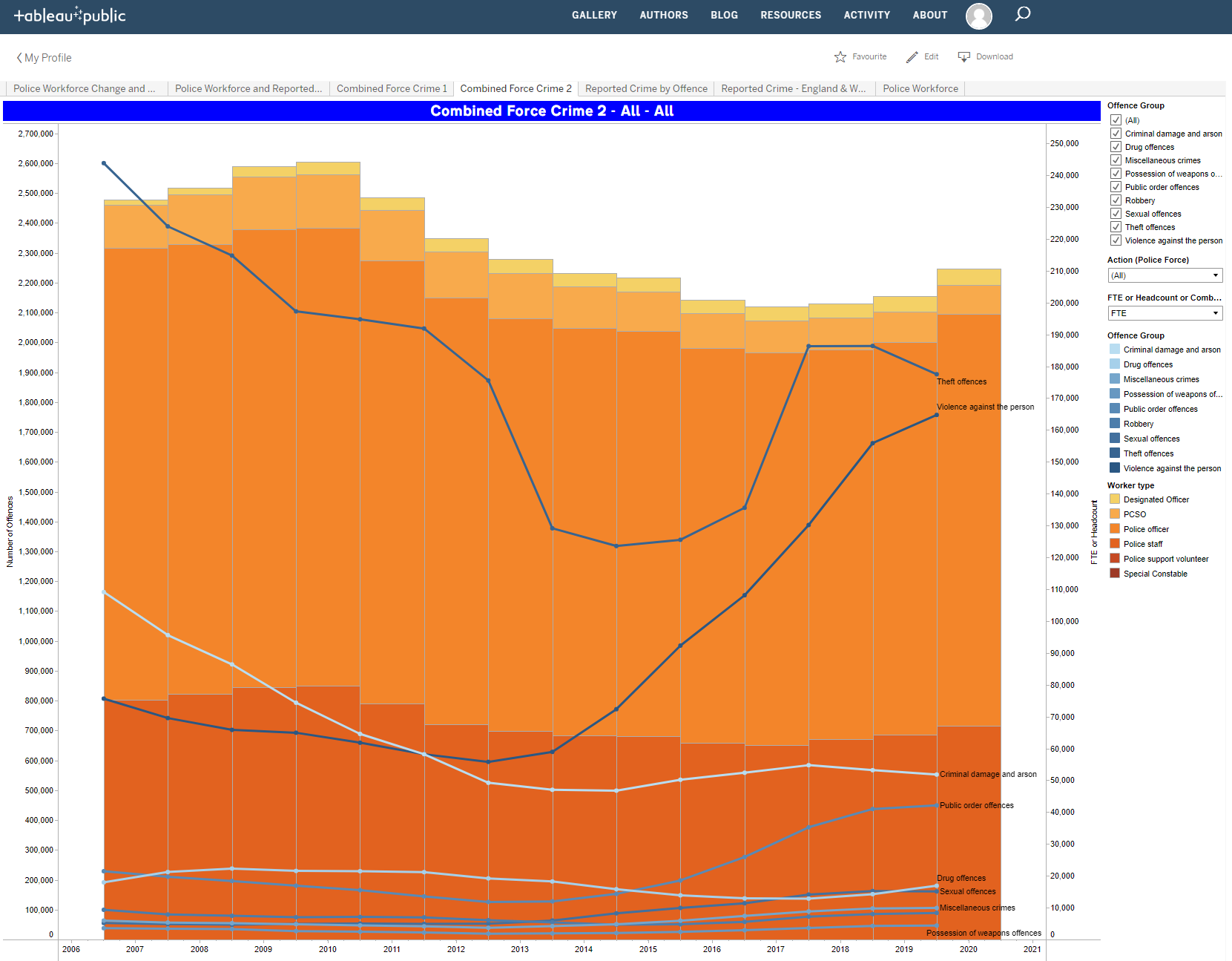 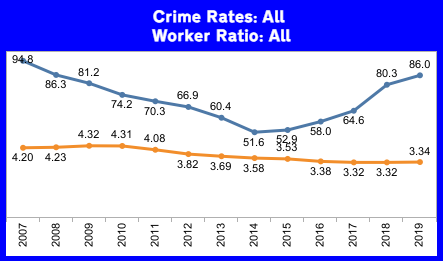 So for 2020, this is showing on average across England and Wales, there were 86 crimes per 1000 people and 3.34 police staff. Dropdowns on the dashboard of each allow changing this to a specific police force and to specific crime groups. The crime rate per 1000 dont match up with the police force reported numbers as they seem to use just the census 2011 figures whereas i have rolledup the population estimates per year (census 2011 + births + immigration - deaths - emmigration). It's still an estimate but should be more accurate than using 10 year old figures.

Any suggestions on how to better present this data ? Thanks in advance.

The full dashboard (still work in progress and draft so apologies for the performance until i determine the right data vis), is on tableau public

After some further feedback, i have created two more versions. One without the map 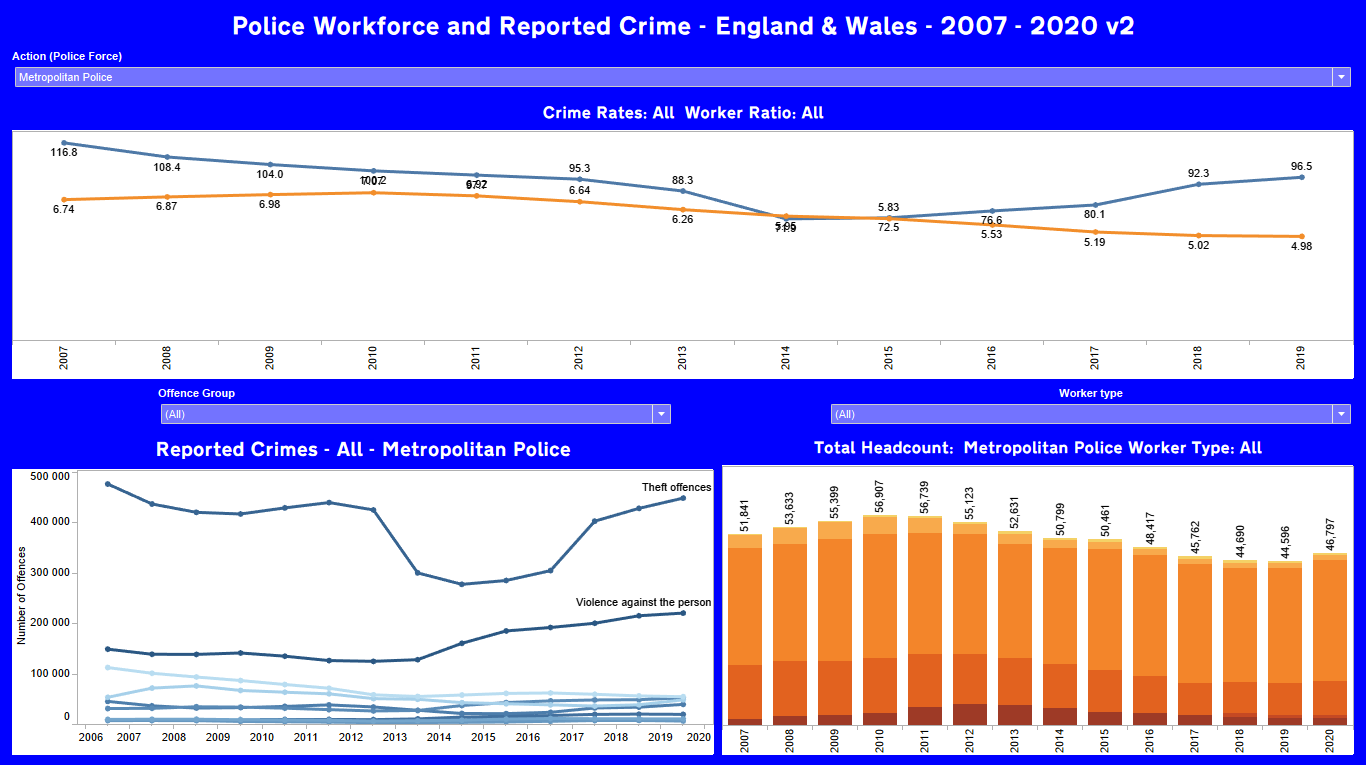 And one retaining the map but removing one of the panes (that showed %change of workforce). 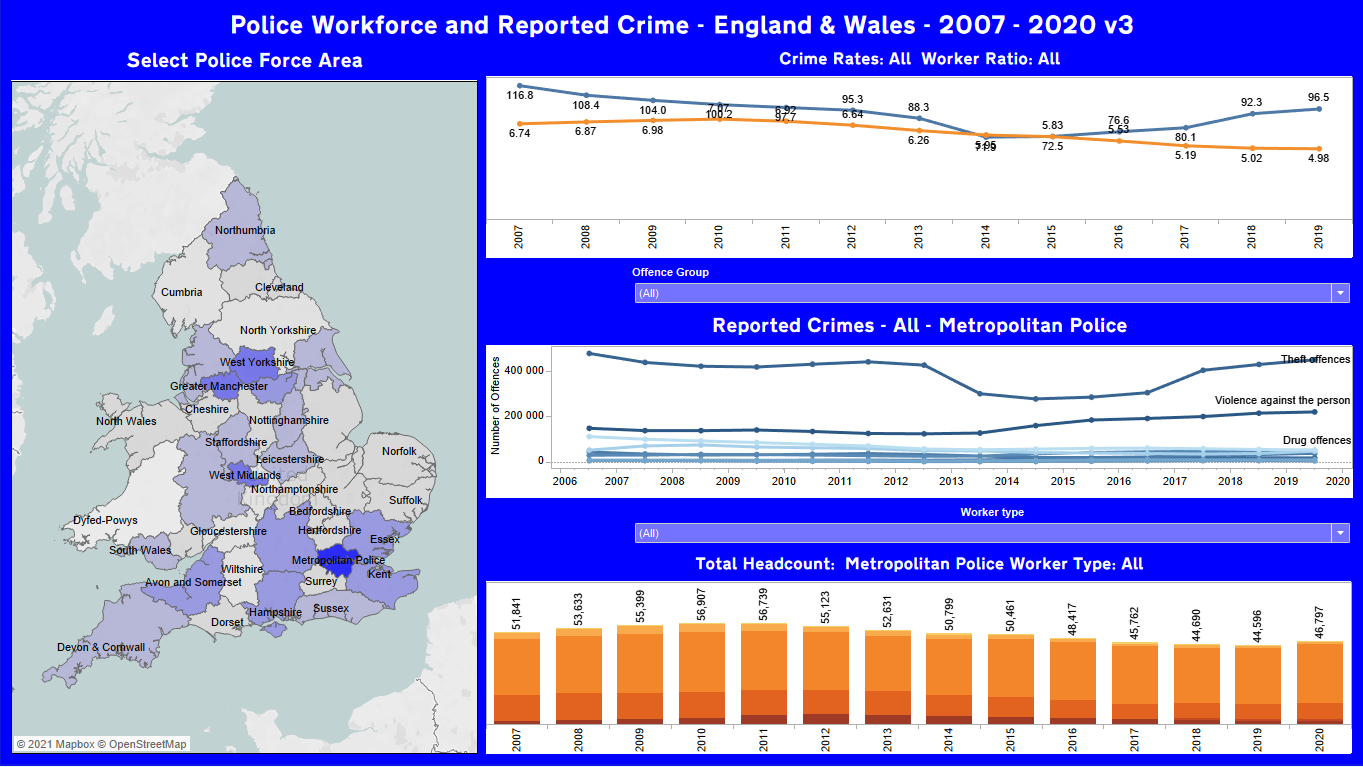 There is a problem with the map. I used colour to show the number of offences so London shows as darker colour. Without modifying the data, all the rest were at other end of the scale. To rectify, i used a LOG function on the number of offences. This then shows more colour variation between the different police force regions. But i now cannot show the legend since that shows a range upto about 7000 whereas the number of offences is over a million in London. Think i may have to create an information button and an extra layer and manually include a legend on that for the map. Is there a better way ?

Statistics of this nature are commonly normalised with respect to the population sizes by presenting them as per X. In this case per 1,000 or 100,000 people.

Absolute number of crimes makes no sense and lacks context. In terms of display, as both KPI ranges are similar (3 vs 19) a common X and Y axis is possible with two different lines.

If you want to communicate trends relative to a baseline year (e.g. 2014) you could divide all values relative to this year and express it as a % change. I.e. crime went up 10% but police numbers went down by 5%.