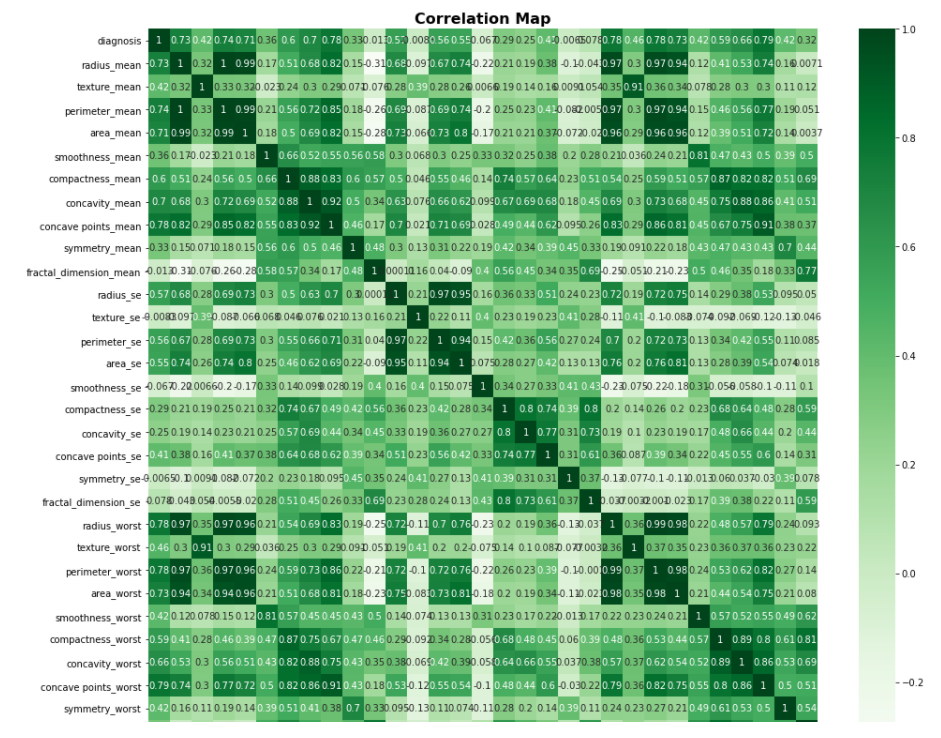 How would you define highly correlated?

The above would help you to look for pairwise correlation. To detect correlation between several features at once, you could look at Fraction of Variance Unexplained or, equivalently, at Variance Inflation Factor.

It may also be a good idea to look at the kernel of the correlation matrix, i.e. the space spanned by eigenvectors of the matrix that correspond to small eigenvalues. Technically kernel corresponds to zero eigenvalues, but practically it is better to define it to correspond to small eigenvalues. Which of your features have large projections into the kernel space? Those should be removed first. Essentially removing correlated features is equivalent to making correlation matrix non-singular, which is equivalent to reducing the dimension of its kernel to zero, i.e. having no eigenvectors with zero eigenvalues.

Not the answer you're looking for? Browse other questions tagged data data-science-model or ask your own question.

1
Association between Categorical Variables and regression
0
How do I determine if variables are correlated? Is it simply a mathematical calculation?
13
When to remove correlated variables
0
Dataset with features as SNOWMED codes and outputs as names of medications prescribed.What are some ML algorithms that suit this case?
1
Generating a set of different scenarios based on some initial observations
1
Can you apply PCA to part of your dataset?
0
Is it appropriate to run correlation on continuous y value with discrete x value?
3
Continuous VS Categorical variable
0
When combined correlation of features decreases