Here is my idea and my early work.

Now, I can grab the useful information for a single hour. Here is my code:

Now, I can grab the web data manually according my code above. But, I want to achieve the working flow below hourly automatically.

I havn't done these kind of stuff before. Can somebody offer me some advice?
So, I can get an useful data scraping tool run in the background and I don't have to worry about it.

If you are on a Unix-based OS, use a scheduler like cron to run your script periodically. cron is the most common one, and you can find many tutorials for it. I guess this is the part you are unfamiliar with.

When it executes your script, make it check the time like so: fname=datetime.datetime.now().strftime('%Y-%m-%d-%H.csv'). Open the appropriate file in append mode (with open(fname, 'a') as csv_file) ; if it does not exist it will be created. That's all there's to it!

As Emre already put it nicely, you can use cron for the job.

Having said that, I would suggest you to use any one of these:

These are dependency management, scheduler libraries for Python, which are very easy to use and much better than vanilla cron.

And as I trigger hundreds of Airflow scripts everyday in production, I can as well vouch for it's ease of use and usefulness.

So, this is a screenshot from my computer, of a very basic Airflow script running: 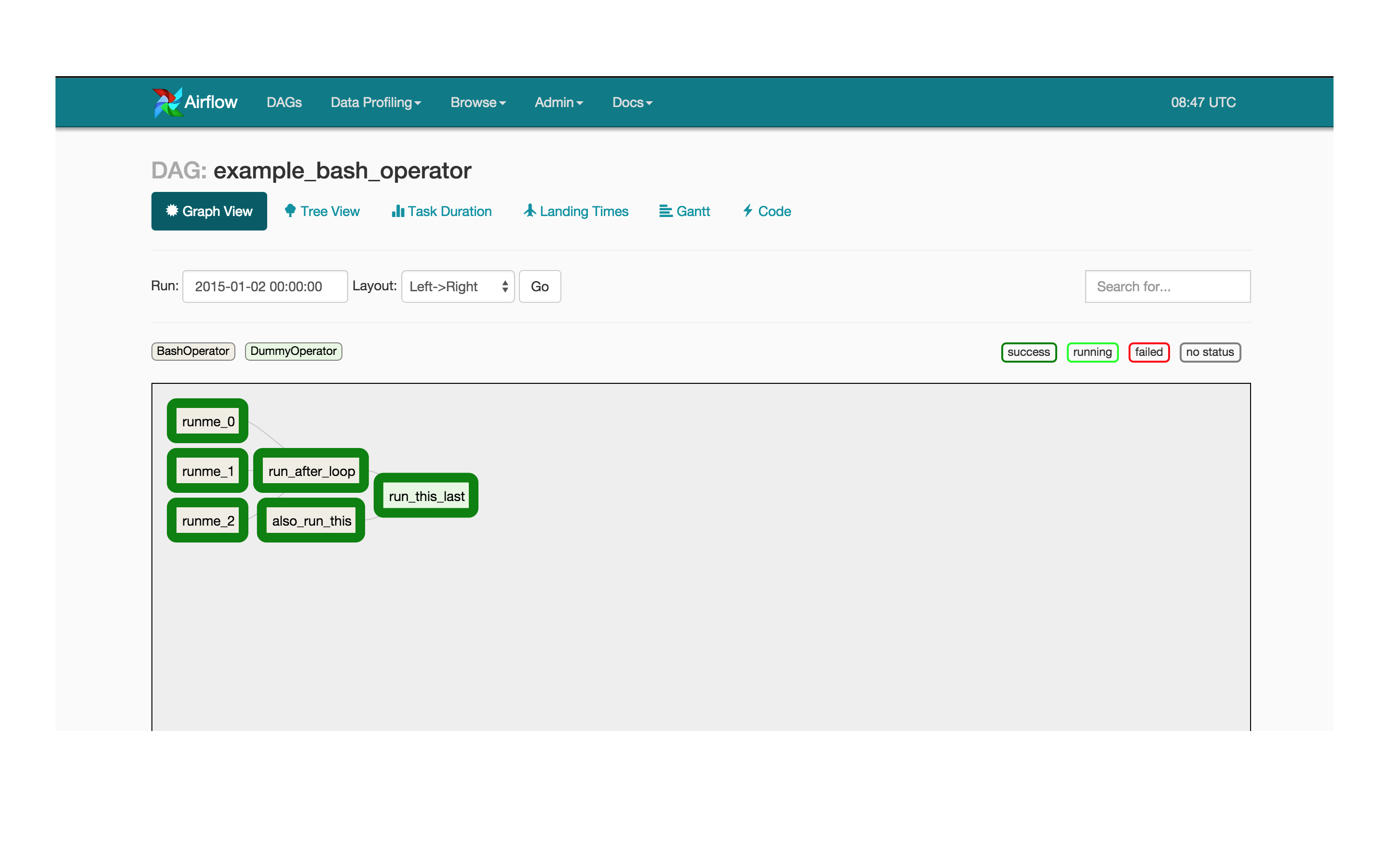 So, here the tasks are dependent on each other. For example, the second task is dependant on the first one. So, if the first task fails, the second automatically fails, so that you don't need to fire-fight with the code/database everytime.

So, if you need the analytics task depends on the scripting task, it would make sure both occur as they are intended to.

In addition, you can do this:

My answer for DAG based script execution scheduler/planner with GUI; similar to airbnb's airflow or BODS or Informatica

I would wrap what you currently have in a function. For instance:

Then you can import BlockingScheduler which is a library that you can run your script continuously. If you change your extension from .py to .pyw and run the .pyw it will run in the background until you close it with task manager.

Not the answer you're looking for? Browse other questions tagged python dataset scraping or ask your own question.