Image Segmentation with a challenging background

I'm working on an animal classification problem, with the data extracted from a video feed. The recording was made in a pen, so the problem is quite challenging with a dark background and many shadows:

Initially I tried scikit-image, but then someone helped me with an advanced tool called crf-rnn (http://crfasrnn.torr.vision/) that does a great job segmenting and labelling objects in an image. I did the following:

The resulting image segmentation is rather poor (although two cows are recognized correctly): 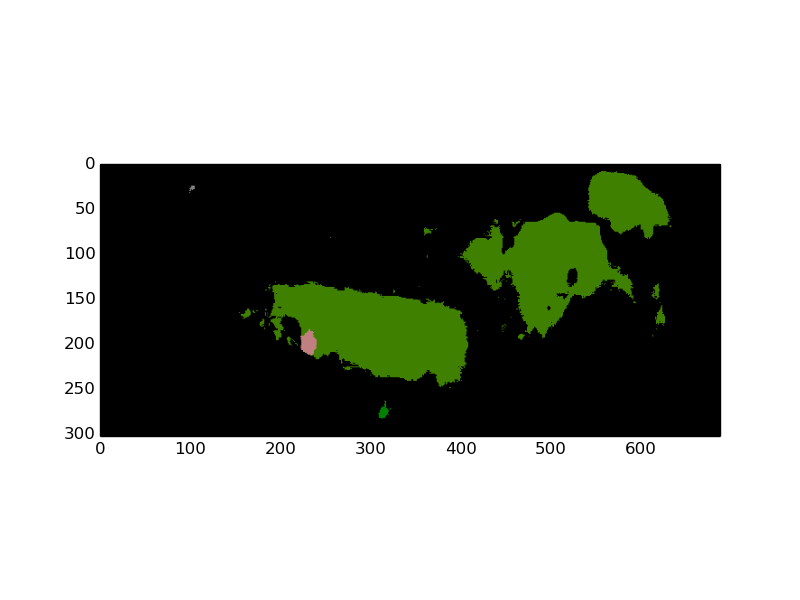 I use a trained crf-rnn (MODEL_FILE, PRETRAINED), which works well for other problems, but this one is harder. I would appreciate any suggestions on how to pre-process this sort of image to extract the shape of most cows.

It would be appreciated if you could explain precisely what your goal is:

In any case, I know that you can get some already trained neural nets from google or anywhere else. This neural net can be used with caffe as it is the case in this google deepdream stuff on github (look at ):

Then, if you want to highlight or identify the positions of your animals, you'll find this article inspiring:

It explain how to reverse convolutional networks to identify what part of your image helped to recognize what is inside. The found projection get you something similar to your second picture (called a mask), but depending on the neural net you use, you can get better results.

Not the answer you're looking for? Browse other questions tagged python classification neural-network scikit-learn image-classification or ask your own question.