So, i was trying to improve mr LR model performing multiple linear regression on a dataset. I had a categorical variable region

I made dummy variable for each of them and it did improved my model a bit. 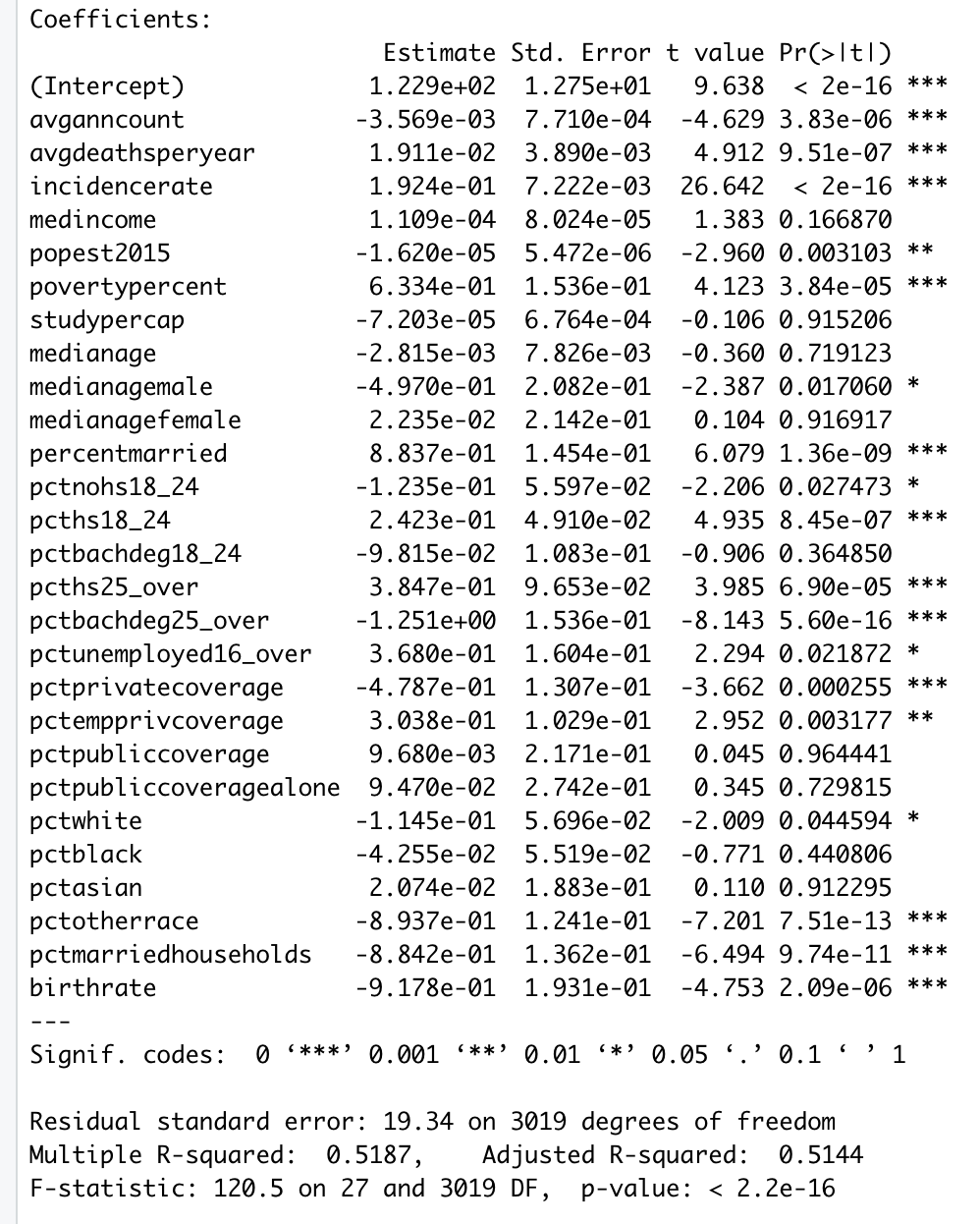 After adding these variable(Which i made using a different variable)

I am getting NA's in the coefficient for west, which i don't understand why. can someone explain?

You've given all four regions a dummy variable, so these are perfectly multicollinear, and the (unpenalized?) regression doesn't have a unique solution. R automatically drops a column in this situation and reports the NA.

Not the answer you're looking for? Browse other questions tagged r linear-regression or ask your own question.

4
What does this linear regression summary tells us?
0
What does coefficient mean for a binary independent variable in multiple linear regression?
2
Evaluate clustering by using decision tree unsupervised learning
0
What is RFormula in simple English?
2
How do standardization and normalization impact the coefficients of linear models?
4
Linear Regression bad results after log transformation