What is the difference between GPT blocks and Transformer Decoder blocks?

I know GPT is a Transformer-based Neural Network, composed of several blocks. These blocks are based on the original Transformer's Decoder blocks, but are they exactly the same?

At the same time, since GPT is used to generate language, its blocks must be masked, so that Self-Attention can only attend previous tokens. (Just like in Transformer Decoders.)

Is that it? Is there anything else to add to the difference between GPT (1,2,3,...) and the original Transformer?

GPT uses an unmodified Transformer decoder, except that it lacks the encoder attention part. We can see this visually in the diagrams of the Transformer model and the GPT model: 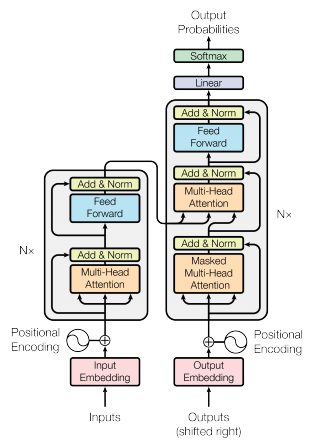 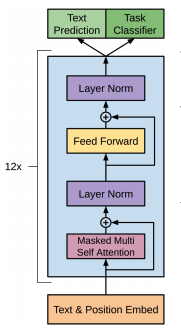 For GPT-2, this is clarified by the authors in the paper: 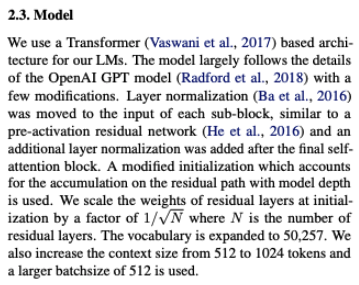 There have been several lines of research studying the effects of having the layer normalization before or after the attention. For instance the "sandwich transformer" tries to study different combinations.

For GPT-3, there are further modifications on top of GPT-2, also explained in the paper:

Not the answer you're looking for? Browse other questions tagged deep-learning transformer language-model or ask your own question.

9
Multi-Head attention mechanism in transformer and need of feed forward neural network
0
What are the hidden states in the Transformer-XL? Also, how does the recurrence wiring look like?
2
Role of decoder in Transformer?
1
What is the difference between GPT blocks and BERT blocks
1
What are the inputs to the first decoder layer in a Transformer model during the training phase?
1
Decoder Transformer feedforward
2
Does multi-head attention remove the need for self-attention?
3
BERT vs GPT architectural, conceptual and implemetational differences